Ancajas down to 120, fine-tunes fight plans 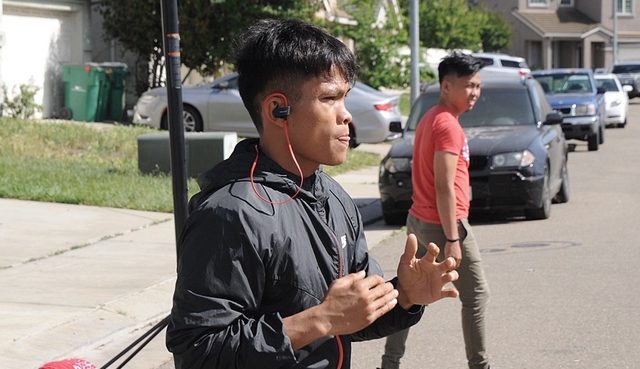 STOCKTON, USA – After his afternoon workout on Saturday, April 27 (Sunday, April 28, Philippine time), Jerwin Ancajas stepped on the weighing scale and flashed a smile with what he saw.

With still one week to go before he dangles the International Boxing Federation super flyweight crown against Japanese Ryuichi Funai on May 4 at Stockton Arena here, Ancajas has ample time to make the 115-pound limit.

Considering that Ancajas checked in at 123 pounds when he arrived here with chief trainer Joven Jimenez on April 23, it was a considerable gain, especially with the lighter training work load they had compared to their preparations at Marine Base in Ternate, Cavite.

And with the scheduled arrival of dietician/nutritionist Jeaneth Aro, Ancajas is expected to breeze through the official weigh-in on Friday, May 3.

“Maintain, maintain na lang po tayo,” said Ancajas, who is making the seventh defense of the title he snatched from Puerto Rican McJoe Arroyo at home in 2016.

(We just have to maintain my training.)

Jimenez said Ancajas is nearing 100% and they are in the process of fine-tuning the strategies they crafted for his 12-rounder with Funai, a 33-year-old veteran who’s gunning for a world title for the first time.

On Saturday, Ancajas ran in the morning and did circuit training. He returned to the Flores Gym in the afternoon to do mitts work and pound the heavy bags.

Jimenez swears Ancajas is in much better shape at this stage as when he struggled to a draw against Alejandro Santiago Barrios last September in Oakland, California.

“He is stronger and faster,” said Jimenez, who’s pining for a knockout after Ancajas was forced to go the full route against compatriot Jonas Sultan and Barrios. – Rappler.com