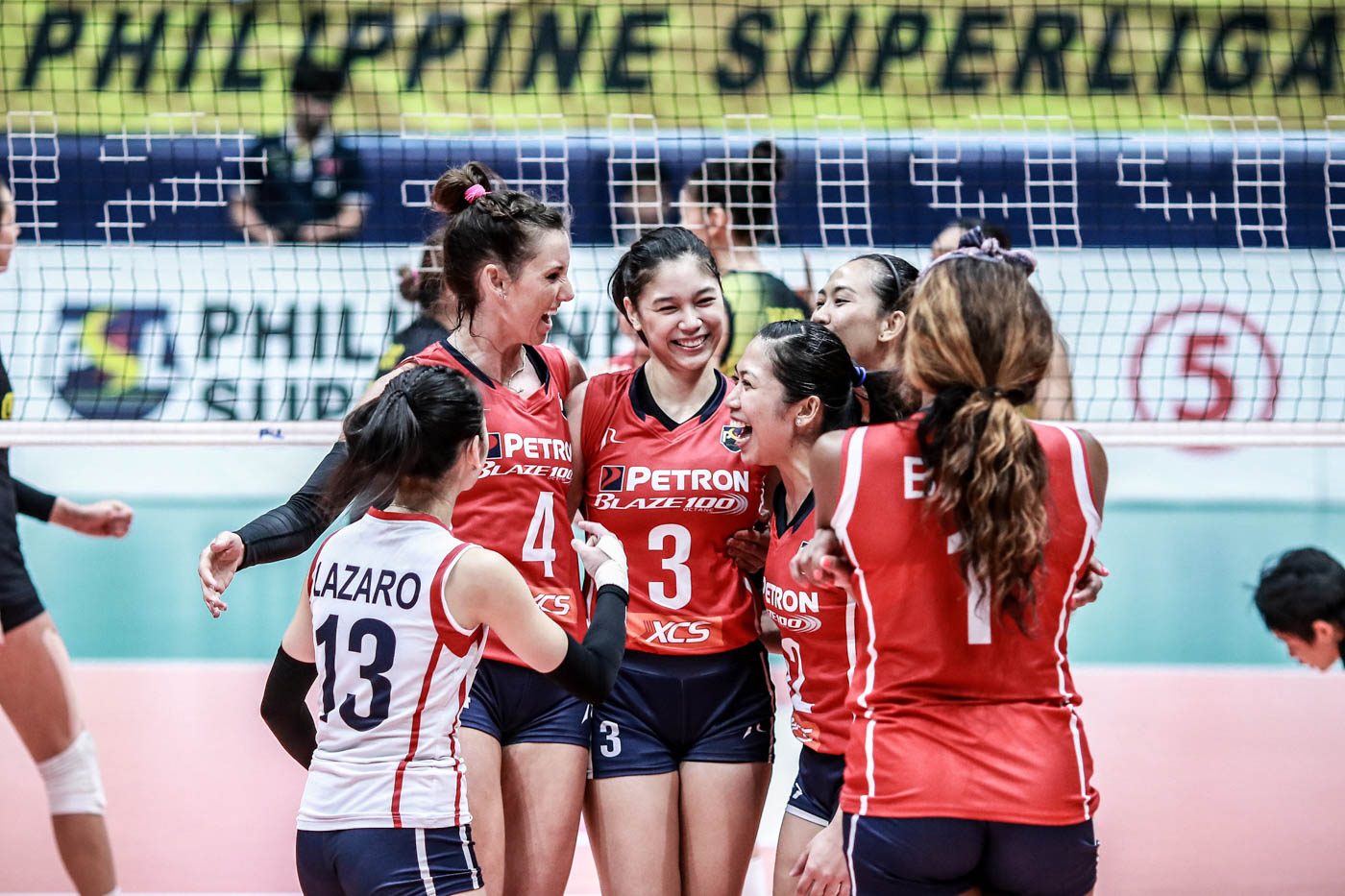 MANILA, Philippines – Petron will still be a strong force to be reckoned with when it competes in the Philippine Superliga (PSL) All-Filipino Conference next month.

Niemer and Bell were instrumental to the Blaze Spikers’ Grand Prix success.

The dynamic duo emerged as the league’s most explosive imports with Niemer being hailed as Most Valuable Player and Bell as Best Outside Spiker.

Gaiser, for her part, is tipped to quit volleyball to chase her dream of becoming a doctor.

They will be replaced by Far Eastern University libero Buding Duremdes and open spiker Chin Basas as well as University of Santo Tomas ace Sisi Rondina.

The 3 however, are still competing for their respective schools in the playoffs of the UAAP women’s volleyball tournament.

“Actually, we already have a list of players to add. These players are just ‘simple’ players,” said Delos Santos during the weekly Philippine Sportswriters Association (PSA) Forum at the Amelie Hotel-Manila Tuesday, May 7.

“Sisi Rondina. Buding Duremdes and Chin Basas are already on our list. We will activate them in the All-Filipino.”

Also gracing the forum presented by San Miguel Corp., Tapa King, Amelie Hotel, and the Philippine Amusement and Gaming Corporation (PAGCOR) were members of Marinerang Pilipina, a team that is set to debut next conference.

Marinerang Pilipina team manager Jed Montero said they are still in the process of completing their squad, but veterans Ivy Remulla and Ers Iratay as well as young guns Cesca Racraquin, Seth Rodriguez, and Chiara Permentilla are already in the roster.

Former PSL champion coach Villet Ponce-de Leon will be the head coach while Ronald Dulay will serve as deputy.

“Our lineup is not yet complete because of the ongoing UAAP,” said Montero, the former University of the Philippines star who also saw action in the PSL.

“But rest assured that we will put up a competitive team. Our coaches are doing their best to come up with the best talents who are capable of beating other PSL teams.”  – Rappler.com