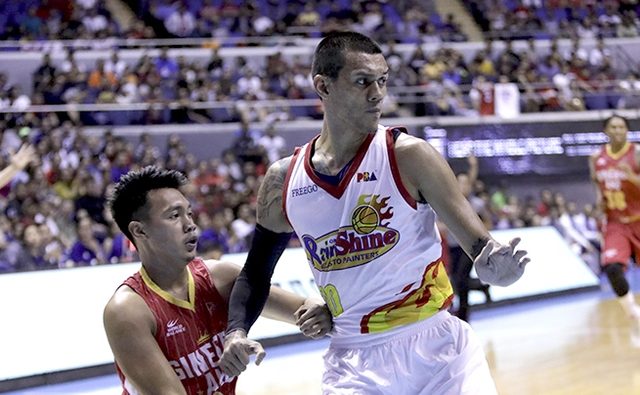 MANILA, Philippines – After much speculation, Rain or Shine has finally started the process of trading star center Raymond Almazan.

Almazan will be shipped for the Bolts’ first-round picks in the 2019 and 2021 drafts.

The trade will be reviewed by league commissioner Willie Marcial and his trade committee starting Tuesday, May 14.

Garcia said the emergence of young big man Norbert Torres in Rain or Shine’s semifinal run in the 2019 Philippine Cup while Almazan was out due to a calf injury proved as one of the key reasons in the trade.

While dealing away a part of its future, Meralco gets the slotman it has longed for throughout the years.

Almazan, the Elasto Painters’ third overall pick in 2013, has transformed into one of the league’s top big men under the tutelage of former head coach Yeng Guiao.

But he had a rocky stay with the team in the last few conferences, even going AWOL during the Governors’ Cup last year.

Almazan suited up for 6 games in the Philippine Cup this season and averaged 8.0 points, 6.0 rebounds, and 2.2 blocks. – Rappler.com