MANILA, Philippines – All coming from a series replete with thrillers and shockers, the final 4 teams look to ride on the momentum as they slug it out for the NBA conference crowns.

The Golden State Warriors – the defending champions who had to dig deep minus Kevin Durant to get past the Houston Rockets – battle the plucky Portland Trail Blazers in the Western Conference finals.

Although the Blazers may be easily tagged as the underdogs, there’s no dismissing this squad that rallied to shock the No. 2 Denver Nuggets in Game 7 on the road.

The Milwaukee Bucks – the top seeds who needed to regroup after absorbing an early blow against the Boston Celtics in the series opener – also marched to the Eastern Conference best-of-seven title series as the favorites over the Toronto Raptors.

But after Toronto’s historic and heart-stopping Game 7 escape over the Philadelphia 76ers, the Raptors look more than capable of overcoming the improbable.

So mark your calendars to catch all the action! Here’s the 2019 NBA conference finals schedule, Philippine time: 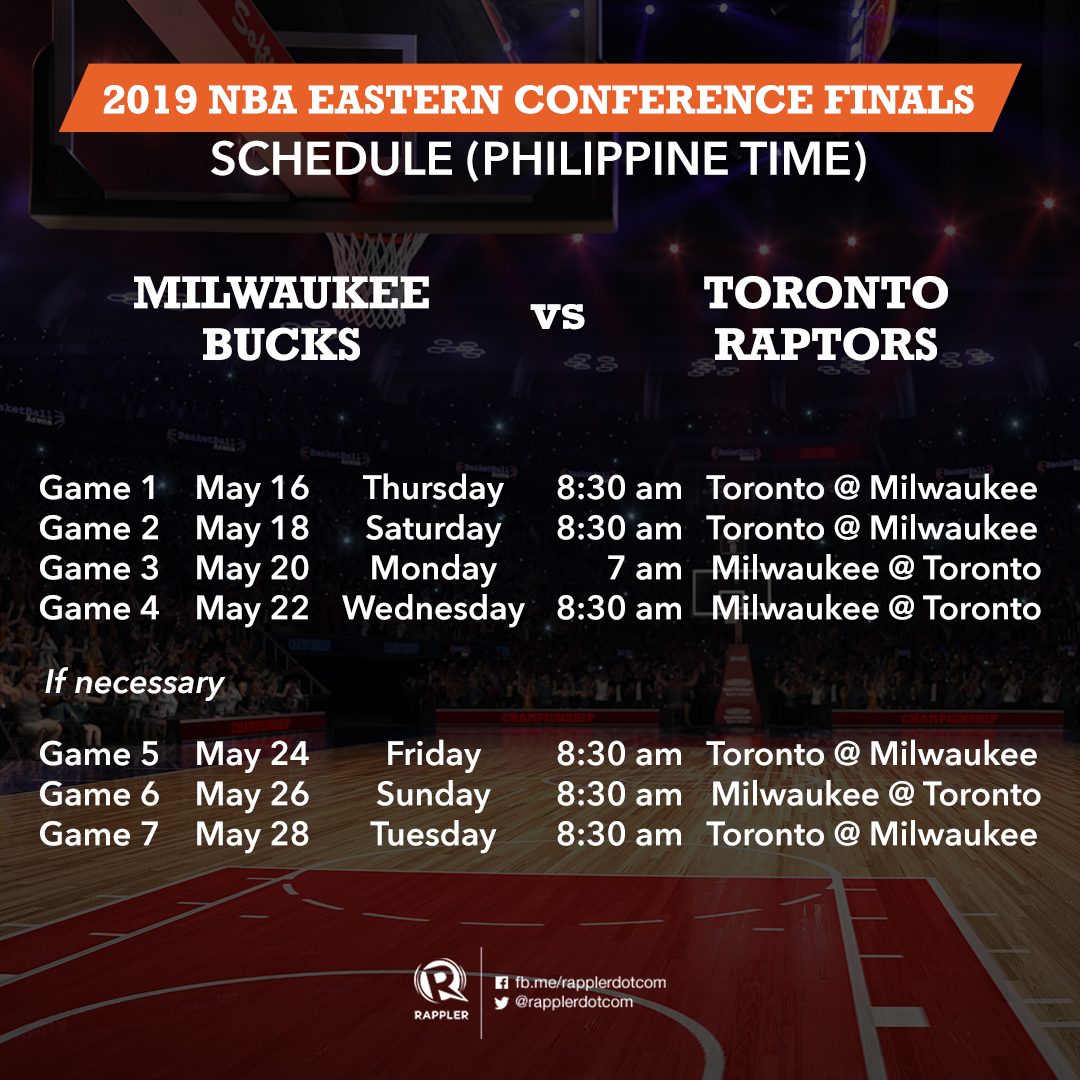