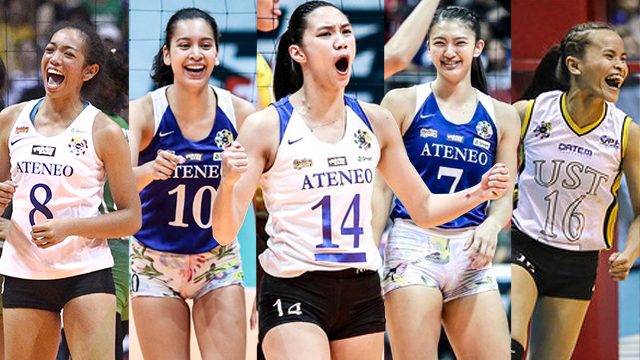 Ateneo ultimately reclaimed the UAAP throne with a three-set drubbing of UST in the winner-take-all Game 3, and those who rose to the occasion did not go unnoticed by the volleyball community on Twitter.

With the help of TheNerve, a data insights company, 32,400 tweets geo-tagged to the Philippines from May 11 to 18, 2019 revealed all but one of the top 5 mentioned players were Lady Eagles. Taking the top spot was Jules Samonte, who was criticized early in the series before redeeming herself by hammering down the championship point.

Samonte received a spike in mentions by around 5 pm of May 18 – the day of Game 3 – as she sealed the sweep of the Tigresses with an off-the-block hit. 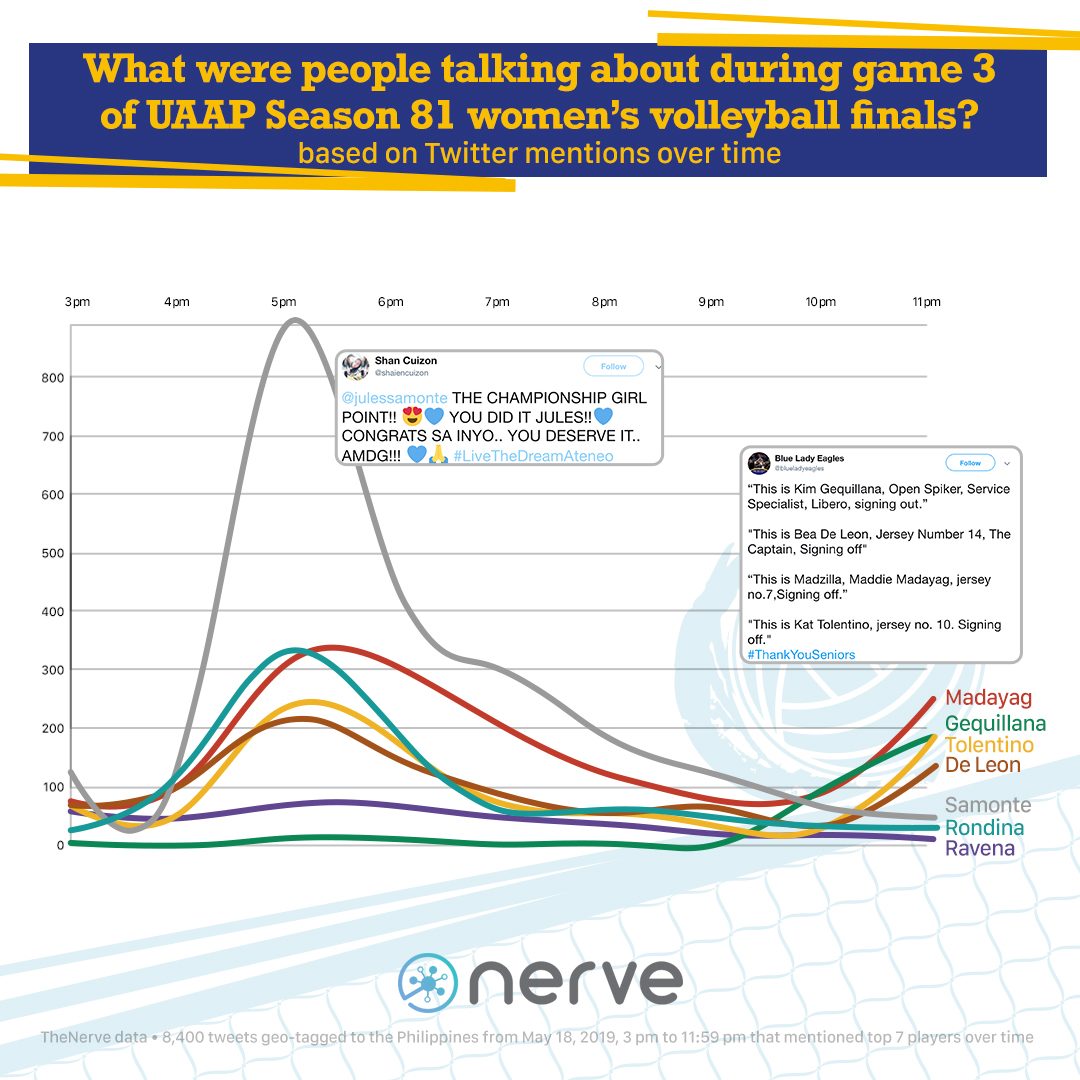 Tolentino and Madayag averaged 12.7 points and 11.0 points, respectively, through 3 games, while De Leon was hailed as the Finals MVP.

Rounding out the top 5 was season MVP and UST star Sisi Rondina, who left her all on her last UAAP season by norming 21.0 points in the finals. – Rappler.com