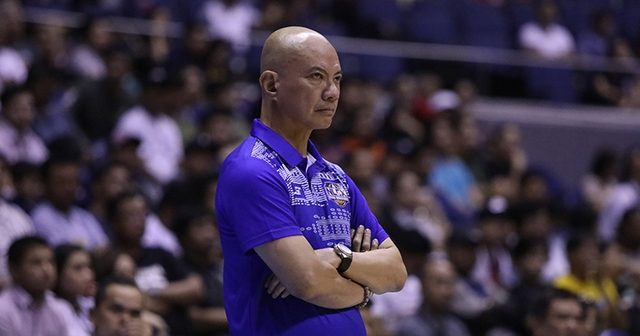 Yeng Guiao apparently got the wrong Semerad to confront between twins David and Anthony for putting Poy Erram in arm lock in an 87-102 NLEX loss to TNT in the 2019 PBA Commissioner’s Cup on Wednesday, May 22.

David managed to bait Erram to commit his sixth and final foul with less than 15 seconds left and the verdict already decided as they were caught in an arm lock when they jostled for position inside.

Replays showed David was the one who initiated the arm lock before he got slammed to the floor by Erram, who was visibly frustrated towards the call.

An irate Guiao was seen shouting at the sidelines before he confronted Anthony – and not David – for the incident when the two teams met at midcourt for the customary handshake.

Although he scolded the wrong Semerad, Guiao said he just simply wanted to send the message across.

(I don’t care whoever did it. What I did was fine, right? I don’t care if I’ve mistaken them for each other.)

(He should just tell his brother. I don’t care if I’ve mistaken him for his brother. They already know who did it.)

Guiao said Erram was hurt from the arm lock.

(Erram told me he felt like his arms will break. I said, ‘That’s not necessary’ in that situation, the game was already won.)

“Wala namang necessity to be that rough or rugged. Nagreklamo si Poy sa akin so I just needed to put the message across.”

(There’s no necessity to be that rough or rugged. Poy told me so I just needed to put the message across.)

All that drama, though, will be left behind as NLEX looks to get its first win when it tangles with NorthPort at the Araneta Coliseum on Saturday, May 25. – Rappler.com