POC in chaos: Vargas fires Cojuangco, other officials from posts 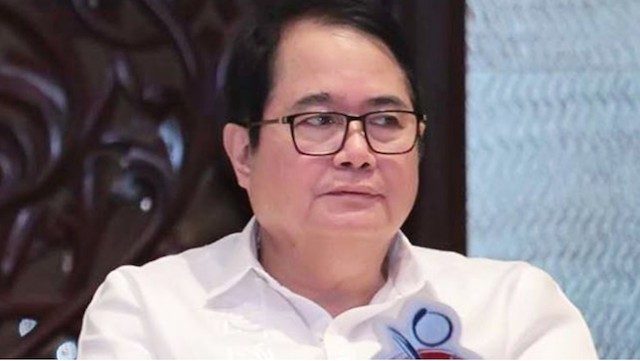 Facebook Twitter Copy URL
Copied
With barely 6 months before the country hosts the SEA Games, the Philippine Olympic Committee is reeling in another leadership crisis

MANILA, Philippines – The Philippine Olympic Committee (POC) board is again wracked with internal conflict 6 months before the country is hosting the Southeast Asian (SEA) Games.

Citing ‘loss of trust and confidence’, POC president Ricky Vargas terminated the appointments of former POC president Peping Cojuangco and several officials on Monday, May 27, during the POC General Assembly.

Vargas said he would take over Cojuangco’s duties as the chairman of Constitutional Amendments Committee until the POC finds a replacement.

Vargas took offense to a letter the POC board sent to him questioning the incorporation of the Philippine SEA Games Organizing Committee.

Vargas skipped the special board meeting held last April 30. After that meeting the board sent him a letter asking to “explain and clarify in writing within 5 days regarding the incorporation of the Philippine SEA Games Organizing Committee.”

This was the “last straw” that prompted Vargas to to remove members of Cojuangco’s faction from their respective appointive positions.

“I am offended by it [the letter]. I was insulted, vilified and demeaned through insinuation, innuendo and downright misinterpretation,” said Vargas in his lenghty speech before several national sports association (NSA) heads.

“The individuals I mentioned have lost my trust and confidence. I can no longer have them in these positions,” added Vargas .

The POC chief then called for early elections set in January 2020. The POC elections were initially scheduled after the Tokyo 2020 Olympics.

Despite the disputes within the POC leadership, Vargas said he was confident that the country’s SEA Games preparations would not be affected if everyone cooperates in the next 6 months.

“If we’re cooperative, we will just move on. We’re working with PHISGOC and the PSC. It will move on,” said Vargas.

Vargas accused those present in the special board meeting of ‘destabilizing’ the POC.

The POC board, however, denied that the objective of the meeting was to oust Vargas as president.

“There was no move by us to ‘unseat him’. We want him to finish his term, but you must protect the POC,” said Bachmann.

According to the minutes of  the special meeting of the executive board, their objective was to clarify with Vargas, Ed Picson, Tom Carrasco and Patrick Gregorio the creation of the Philippine SEA Games organizing committee (PHISGOC).

The minutes said it was the POC’s task to organize the SEA Games, but the articles of incorporation of PHISGOC “clearly usurped” the power of the POC to do so, which gives rise to a conflict of interest.

The opposition group said they tried to discuss the issues with Vargas, but he did not respond to their invitations to meetings.

Instead, Vargas spoke before the general assembly and announced the removal of the members of the POC board from their appointive posts.

After addressing the assembly, Tolentino immediately adjourned the meeting.

It was at this point that tempers flared and shouts of invectives echoed in the meeting area.

Shots fired across the meeting room.

“I was surprised with the attitude of the President and we were expecting that today’s meeting will be the best venue to resolve issues,” said board member Go.

Like Vargas, the board was still determined to move on and fix the misunderstandings for the country’s hosting of the SEA Games.

“As a board, I first have to protect the interest of the institution (POC). We will consult our legal counsel on how to better handle this especially that we are the host for the coming SEA Games,” added Go. – Rappler.com