‘Being Serena is a lot to carry’: Williams struggles to 800th victory 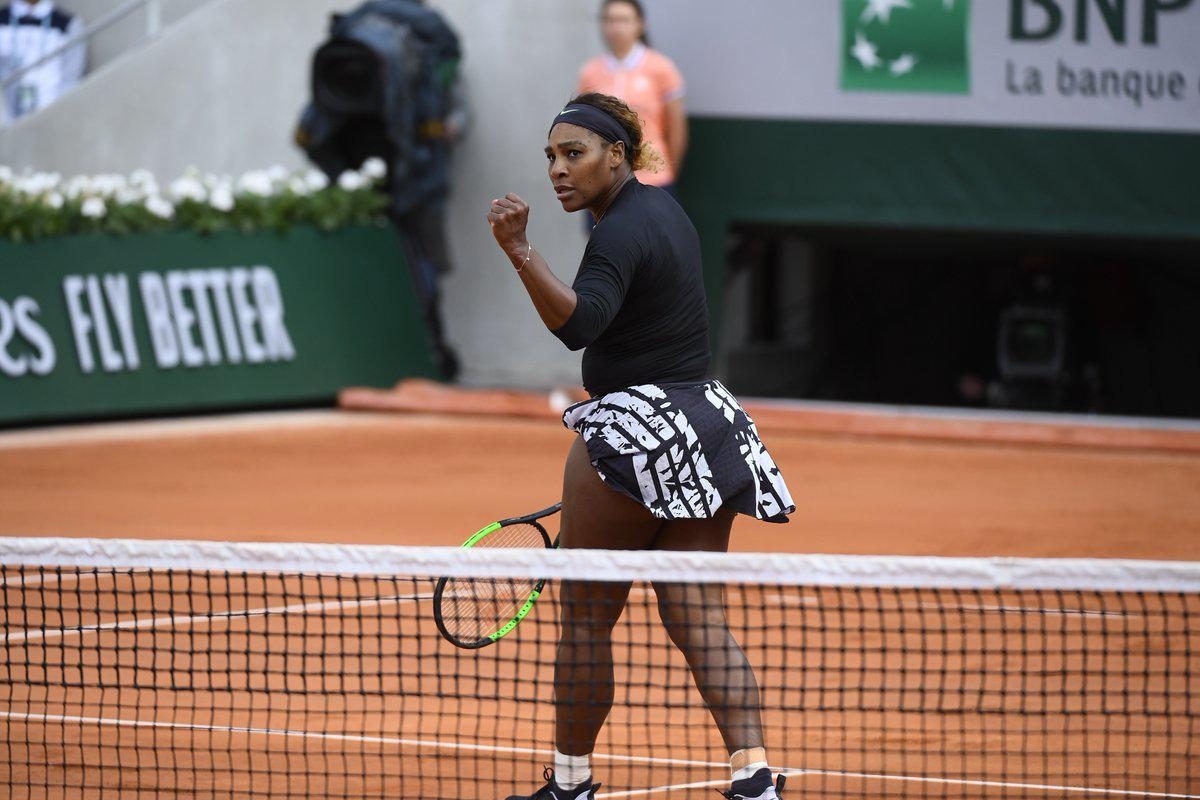 Facebook Twitter Copy URL
Copied
'It was just to remind everyone that they can be champions and are queens. So I love that about it,' says Serena of her 2019 dress and cape

PARIS, France –  Serena Williams admitted the ‘mother, champion, queen, goddess’ logo which adorned her Roland Garros outfit on Monday, May 27, was “a lot to carry, but so is being Serena”.

The 37-year-old American survived a first-set scare before defeating Russia’s Vitalia Diatchenko 2-6, 6-1, 6-0 to reach the second round.

But as she struggled to impose herself on her 83rd-ranked opponent, it looked like her dazzling choice of costume for the occasion might come back to haunt her.

The legend of ‘mother, champion, queen, goddess’ was written in French in a nod to her hosts.

Once the cape was removed, Williams revealed a black and white zebra-stripe print dress, split at one thigh.

“It was just to remind everyone that they can be champions and are queens. So I love that about it,” she said of her 2019 dress and cape.

“Yeah. It is a lot to carry, but so is being Serena Williams.”

The American, who is attempting to equal Margaret Court’s all-time record of 24 Grand Slam titles, racked up her 800th career main draw win with her victory in front of a half-full Court Philippe Chatrier.

After dropping the first set, she was in danger of suffering just the second opening round defeat of her Grand Slam tournament career.

But normal service was quickly resumed as she racked up 12 of the last 13 games.

“You know, I have been dealing with a lot, and then I just got nervous out there and I stopped moving my feet.

Williams, the 2002, 2013 and 2015 champion in Paris, will face either Japan’s Kurumi Nara or Dalila Jakupovic of Slovenia for a place in the last 32, after their match was suspended at one-set-all overnight.

Williams won her most recent major at the Australian Open in 2017 while pregnant.

She returned to Grand Slam tennis after giving birth to her daughter at Roland Garros in 2018, making the last 16 where she had been set to resume her bitter rivalry with Maria Sharapova.

An arm injury torpedoed that meeting and stalled her assault on a fourth title in Paris.

Defeat in the 2018 Wimbledon final and US Open championship match, where her now-infamous meltdown overshadowed Naomi Osaka’s title triumph, followed her Paris heartbreak.

Her Australian Open campaign in January ended in a quarter-final loss to Karolina Pliskova despite having led 5-1 in the final set and holding 4 match points.

Since Melbourne, Williams had been unable to finish the 3 tournaments she had entered – retiring in the third round of Indian Wells and withdrawing after winning a round in Miami, and after winning one round in Rome due to a right knee injury. – Rappler.com