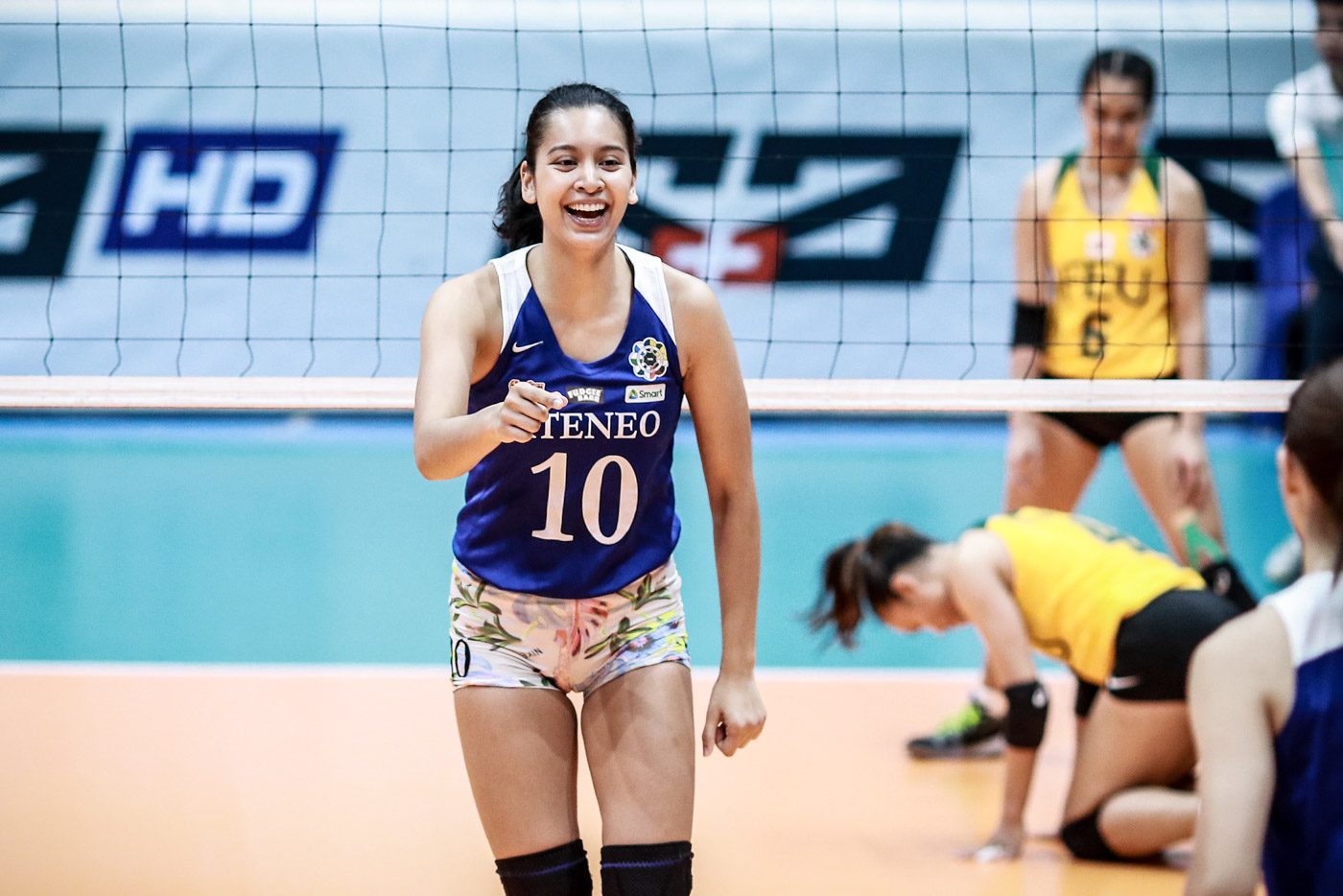 Facebook Twitter Copy URL
Copied
'That’s (national team) a whole other aspect after UAAP. It definitely would be an honor to represent the Philippines,' says Kat Tolentino in a Rappler Talk episode

MANILA, Philippines – With numerous opportunities ahead, Kat Tolentino plans to stick to her decision of “signing off” from the Ateneo Lady Eagles.

The UAAP Season 81 women’s volleyball champion’s leading scorer hopes she gets a chance to join the national team as she missed the tryouts last January to focus on Ateneo’s preparations this season.

“That’s (national team) a whole other aspect after UAAP. It definitely would be an honor to represent the Philippines,” this season’s best opposite spiker said in a Rappler Talk episode.

Although head coach Oliver Almadro continues to hope that Tolentino will play her last year of eligibility in the UAAP, he believes that the Ateneo ace can be a threat in the international stage.

“Kat in her position, it’s really a factor. Imagine a 6-foot-1 player blocking an outside hitter of the opponent. It will really help them if this is her role [in the national team],” said Almadro.

As Tolentino capped her collegiate career with her best UAAP performance, professional teams from both the Premier Volleyball League (PVL) and the Philippine Superliga (PSL) are looking to add the 6-foot-1 Fil-Canadian to their roster in the leagues’ next conferences.

Some of the clubs interested in the Ateneo talisman are Motolite, Petron, F2 Logistics and United Volleyball Club.

But for now, Tolentino just feels thankful that she’s leaving the UAAP healthy enough to play 3 straight seasons after enduring 3 ACL injuries in her career.

“For me, I’m already grateful that I’m healthy this season and I know that maybe it’s time for me to go on to the next chapter of my life,” said Tolentino.

#OneMoreYearKat? Here's what she has to say.