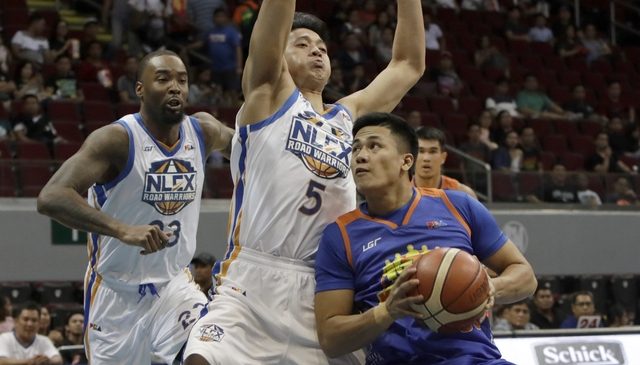 MANILA, Philippines – A reunion between Jericho Cruz and Yeng Guiao could be brewing.

NLEX is seeking to acquire Jericho Cruz in a potential trade with TNT, assistant coach Jojo Lastimosa bared as the Road Warriors remained winless in 4 games in the 2019 PBA Commissioner’s Cup.

(What can happen is, the best case scenario for the team is if Jericho comes in through a trade. Definitely, Jericho will help.)

Cruz was relegated to the injured/reserved list by the KaTropa in April and has not played a single game in the mid-season conference.

That is something the Road Warriors are trying to figure out as they look to clinch that breakthrough win.

(Jericho has been on the trading block for a while now because TNT has put him on the freezer, right? We’re just waiting for the right trade package for us to get him.)

(We’re working on it. Definitely next week, most likely, we will finish that. We’ve been waiting for that trade for some time now.)

Cruz entered the league in 2014 and was drafted by Rain or Shine, where he played under the tutelage of Guiao until 2016.

If a deal pushes through, the spitfire guard could be a huge addition for NLEX, which remains without star guards Kiefer Ravena and Kevin Alas. – Rappler.com