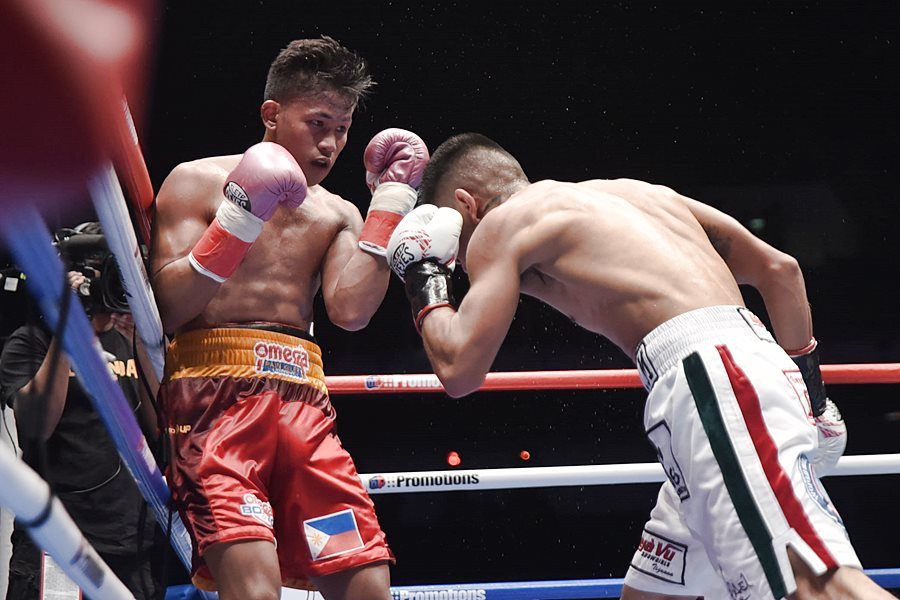 In another display of punching power, Tapales knocked out Mexican Robert Castaneda in the 3rd round of their super bantamweight tussle.

Taking advantage of the second chance given him by MP Promotions, Tepora also beat American Jose Luis Gallegos by unanimous decision in a featherweight clash.

The 27-year-old Tapales got stripped of the title when he came in two pounds over against Shohei Omori in 2015 in Osaka, Japan, although he eventually knocked out the Japanese in the 11th round.

His knockout of Castaneda was the seventh straight for Tapales, who’s on a 12-win run since losing to Mexican David Sanchez in 2013.

Tapales, a protégé of Rex Wakee Salud, climbed to 33-2 with 16 knockouts and looked ready to contend for the crown.

Given another chance by MP Promotions head Sean Gibbons after checking in 5.5 pounds over against Hugo Ruiz last January, Tepora weighed in at 127 pounds, one pound below the contacted weight of 128.

Dominating Gallegos in his first fight in the United States, the 24-year-old Tepora stretched his victory streak to 23 with 17 knockouts.

Both southpaws, Tepora and Tapales were put under the tutelage of former world champion Rodel Mayol in Los Angeles, where they trained at Freddie Roach’s Wild Card Gym in Hollywood.