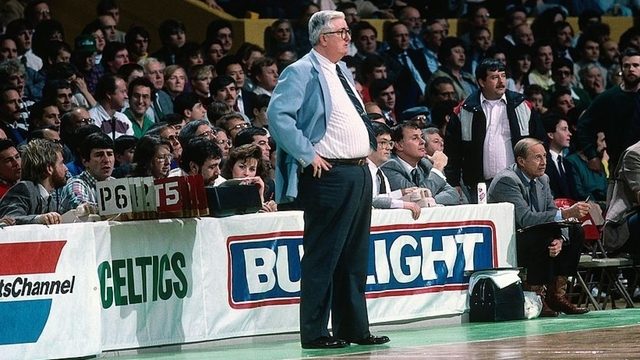 Facebook Twitter Copy URL
Copied
The 87-year-old basketball devotee won an unmatched sweep of the NBA Coach of the Year, NBA Executive of the Year and NBA Citizenship Awards in 1984

TORONTO, Canada – Frank Layden, a long-time NBA coach and one of the league’s most colorful characters of the 1980s, received the Lifetime Achievement Award on Sunday, June 2 from the NBA Coaches Association.

The jovial 87-year-old Brooklyn-born basketball devotee coached the Utah Jazz from 1981 to 1988 after 3 seasons as an Atlanta Hawks assistant and 8 seasons at Niagara University.

In 1984, Layden won an unmatched sweep of the NBA Coach of the Year, NBA Executive of the Year and NBA Citizenship Awards.

The Jazz went 277-294 in Layden’s tenure as coach, which ended when he retired in 1989 to serve as president and general manager.

He set the groundwork that led Utah to the NBA Finals in the 1990s under the replacement coach he hired, Jerry Sloan.

“I am overwhelmed,” Layden said. “My colleagues were wonderful and the best part of my coaching experience. They were great coaches and even better men. I am honored to accept this award from their ranks.” – Rappler.com