Pacquiao kicks off sparring with 4 rounds vs Tszyu 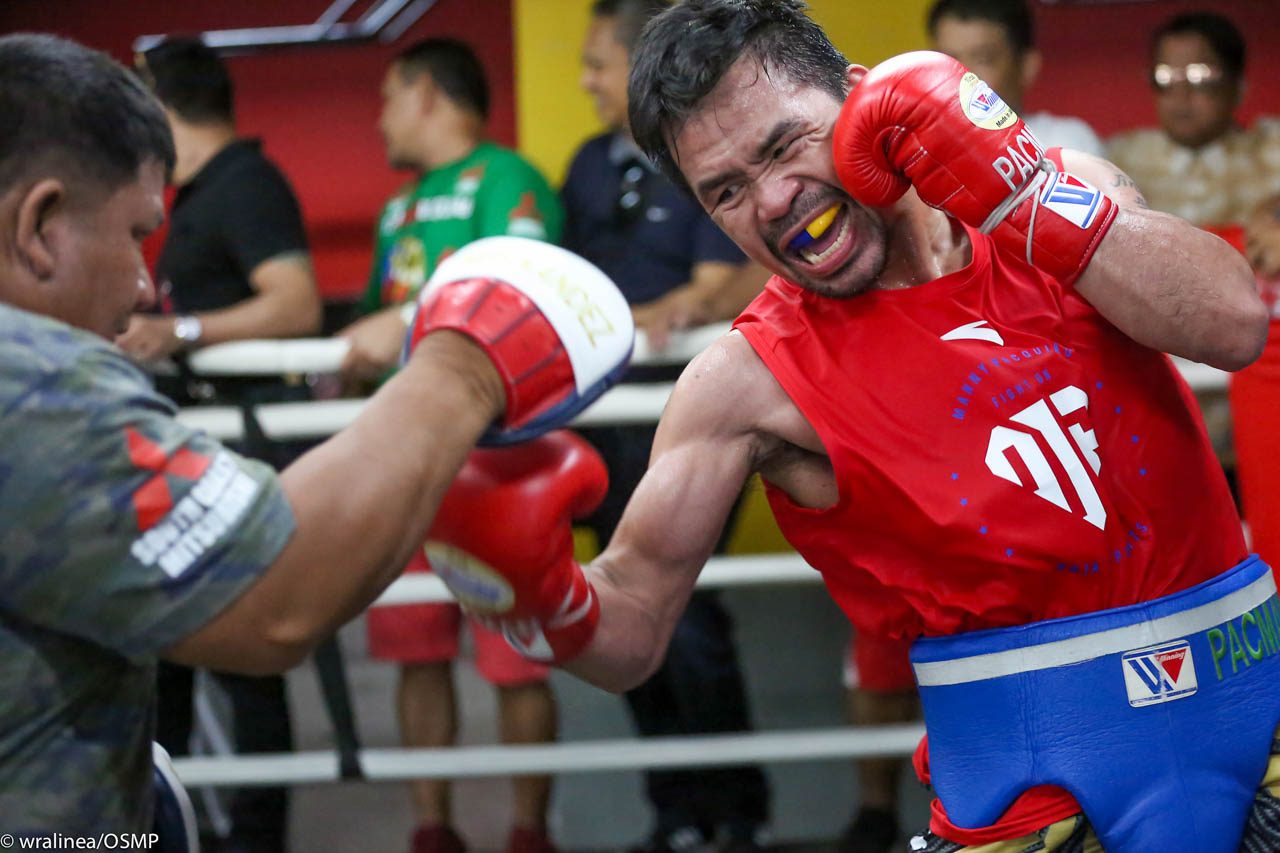 MANILA, Philippines – As his former main sparmate was unavailable, Manny Pacquiao got a new ring partner on Tuesday afternoon, June 4.

Shrugging off jet lag, Tim Tszyu, an unbeaten Australian (13-0, 10 knockouts) of Russian descent, was given the first chance to spar with the eight-division world champion for 4 rounds at Elorde Gym near the Mall of Asia.

The 24-year-old Tsyzu will try to replicate the fight stance and ring habits of Keith Thurman, an unbeaten American (30-0, 22 KOs) who will tangle with Pacquiao in a unification duel for the World Boxing Association welterweight crown on Saturday, July 20 (Sunday, July 21, Philippine time) at MGM Grand in Las Vegas, Nevada.

Knowing he needs to be in better shape for the second sparring session on Thursday, June 6, Tszyu worked out with strength and conditioning coach Justin Fortune – also an Australian based in Los Angeles – right after the four-rounder with Pacquiao.

According to Tszyu, Pacquiao “is fast and very relaxed” in their feeling out workout watched by lead trainer Buboy Fernandez, Fortune, and assistant trainers Nonoy Neri and Roger Haplas.

Fortune told the media on Saturday, June 1, that Kambosos “is not good for this camp” as he has a fight scheduled in Athens, Greece, on June 7.

Sparring will be held Tuesdays, Thursdays, and Saturdays until Pacquiao leaves for Los Angeles on June 15 to continue the final phase of his preparations for Thurman at Freddie Roach’s Wild Card Gym in Hollywood.

Roach has reportedly lined up a bunch of fighters to spar with Pacquiao upon his arrival. – Rappler.com