The incident involving the old POC group under Peping Cojuangco and current president Ricky Vargas aggravated the leadership tensions in Philippine sports once again with barely 6 months left before the country hosts the Southeast Asian Games.

Will the feud affect the country’s preparations for the regional meet? Here’s the timeline of events: 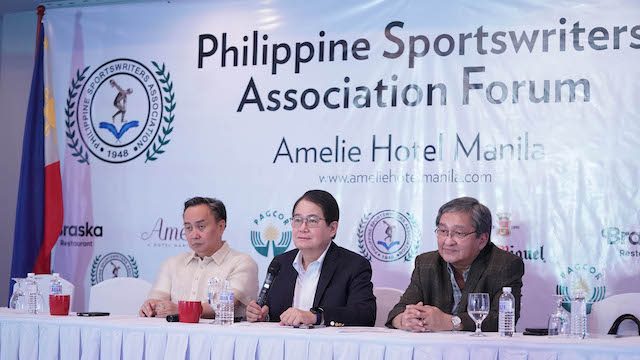 Vargas revealed that he  was “uncertain” of a next POC term because of the political culture brewing within the organization.

“I’m not comfortable with the culture of POC, my own personality and leadership is being forced to follow something I don’t like. I want to see to it that the culture changes to a more honest, less political organizations,” admitted Vargas in the Philippine Sportswriters Association (PSA) forum.

When Vargas ended Cojuangco’s 13-year reign as POC president last February 2018, the board of the national Olympic committee remained intact and included the former president.

Since then, there were rumors of a coup against Vargas and his camp.

But it was in the forum where Vargas first revealed his struggles with the board.

“That board was not elected with us, but it’s the board we had to work with. They had the rights, procedures that we’re trying to work with. Nahirapan na ako dito sa sobrang politics (I’m having a hard time because of all these politics).”

The POC president further aired his frustrations on the unresolved NSA disputes that was one of the main problems that he wishes to solve in his term.

When he was elected, Vargas appointed Philippine Squash Academy president Robert Bachmann to be in charge POC membership committee.

“I’m not happy with the dispute and membership settling issues. We continue to have disputes that are unresolved,” added Vargas.

Bachmann claimed, though, that Vargas never discussed the issue with him.

“Not once has Vargas met with me and spoke to me about unresolved disputes or membership issues. Not once. In fact, after every Membership presentation in the Executive Board and General Assembly, he would always thank me for a job well done,” Bachmann told Rappler.

On April 24, the POC board sent a request to secretary-general Patrick Gregorio to call for a special board meeting on April 30.

Vargas, though, did not approve the request as he wanted to accommodate the members of the board who were running for the mid-term elections.

However, 7 members of the board – Cojuangco, Jonne Go, Jose Romasanta, Antonio Tamayo, Mikee Cojuangco-Jaworski, Julian Camacho and Clint Aranas – went on to hold the special board meeting without the presence of Vargas, chairman Abraham Tolentino and Gregorio.

Non-members of the board who attended the meeting were Bachmann, Frank Elizalde and Charlie Ho, who assumed the role of acting secretary.

In the minutes of the meeting issued to the press, majority of the POC board questioned the existence of a separate entity, Philippine SEA Games Organizing Committee (PHISGOC), as the POC is supposedly responsible for preparing and organizing the country’s hosting of the biennial meet.

It also questioned the roles Vargas, Gregorio and POC communications director Ed Picson as incorporators of PHISGOC as it leaves an impression of a conflict of interest.

The members present in the meeting also discovered the articles of incorporation of the PHISGOC – that were not disclosed to them – in March 2019 which was claimed to have relinquished the POC’s authority to organize the SEA Games.

The resolution mandated Vargas to reply to their questions within 5 days within writing.

However, the board also resolved to withdraw deputy secretary-general Karen Caballero from her position and banned her from being appointed to other positions in the POC without Vargas’ decision.

Instead of replying within the five-day mandate, POC general counsel Atty Al Agra wrote a letter dated on May 26, 2019 that responded to the special board meeting’s questions.

The letter clarified that the POC exercises oversight over the PHISGOC similar to the organizing committee headed by Cojuangco in 2005.

Vargas’ camp further argued that being one of the incorporators of the PHISGOC is not a conflict of interest as it was Cojuangco’s recommendation to follow the processes done in the country’s hosting of the 1991 and 2005 SEA Games.

The POC incorporated the organizing committees of the previous hostings and registered it with the Securities and Exchange Commission.

The letter also emphasized that it was President Rodrigo Duterte who appointed Alan Peter Cayetano as the PHISGOC chairman with the approval of Cojuangco in 2017.

The organizing committees of the last two SEA Games hosted by Singapore and Malaysia, respectively, were chaired by non-members of their national Olympic Committees as this is allowed by Southeast Asian Federation Council’s charter.

However, Vargas’ camp did not respond to questions on why they did not disclose the PHISGOC’s articles of incorpration to the rest of the POC board.

May 27, 2019- Vargas fires board from appointive positions Vargas addressed the assembly by taking offense to the decisions of the special board meeting – especially its mandate for him to reply to the letter within 5 days.

The POC president fired Cojuangco and other officials from their appointive positions, citing his “loss of trust and confidence” in them.

Vargas also announced that he will appoint PSC chairman Butch Ramirez as del Rosario’s replacement and confirmed that Caballero will retain her position as deputy secretary-general.

The POC president also expressed his desire to hold a POC election in January 2020 instead of following the usual cycle after the Olympics.

Since Tolentino adjourned the general assembly after Vargas’ speech, the opposition hurled invectives at the president and his allies as tempers flared.

Shots fired across the meeting room.

Although the opposition clarified that there was no move to unseat Vargas, the POC president accused them of “destabilizing” the organization.

PSC chairman Ramirez, who was offered the SEA Games chef de mission post, turned down the offer from Vargas.

In a statement released by the PSC, Ramirez considered POC’s leadership struggles as a hurdle in the country’s hosting of the SEA Games.

“Today, we wake up to a Philippine sports world in shambles,” wrote Ramirez.

“After the tumultuous event in the yard of our POC partners, we find ourselves at the crossroads of our journey.”

The PSC chairman called for unity and cooperation within the national Olympic committee and even offered to host a dialogue between the warring parties. With Malacañang supporting Vargas in the POC feud, Ramirez reconsidered the chef de mission offer and announced in a press conference that he would accept the role.

As a government official, Ramirez deems that it is his duty to put the national interests of the country first which prompted him to accept the job.

The chief of the country’s sports government agency assured that he can juggle the dual role as the Philippines hosts the regional biennial meet in less than 6 months.

With the appointment of a deputy chef de mission yet to be made, Ramirez will form a core group composed of his PSC commissioners to facilitate the planning and addressing the concerns of the different NSAs.

Vargas poured in support for Ramirez and said that he is the “most qualified” to become the Phiippines’ chef de mission to the SEA Games. 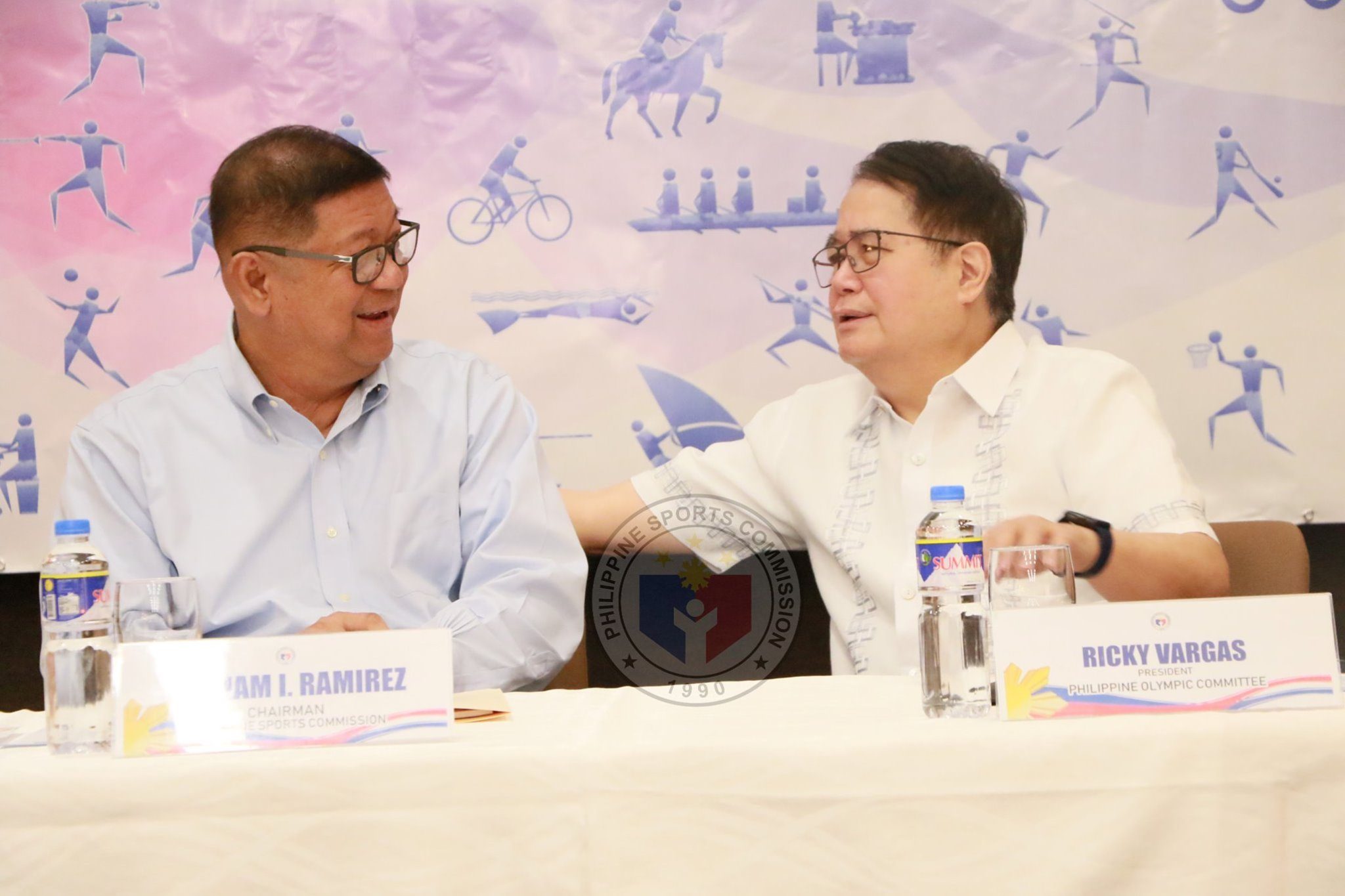 After a week of accepting the chef de mission role, Ramirez held his first meeting with the NSAs.

Ramirez divided the sports federations into groups that will be facilitated by one of the PSC commissioners. The PSC chairman took the responsibility of leading the biggest group of NSAs.

In the meeting, Ramirez wanted an update of the SEA Games preparations of the athletes and what each NSA’s needs would be in the coming months.

The chief of the Philippines’ government sports agency aims to meet with all the NSAs regularly as the country prepares for its first hosting of the regional meet since 2005. – Rappler.com