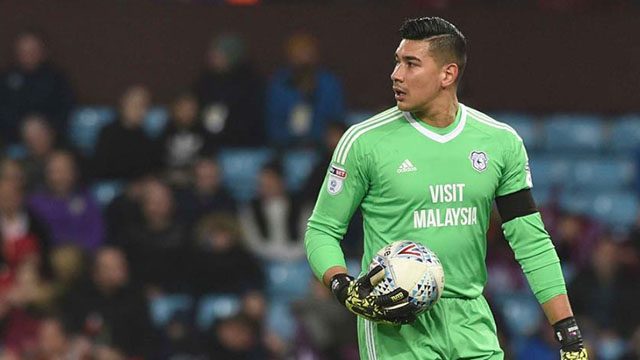 MANILA, Philippines – With 2019 Champions League winner Liverpool making an inquiry on Neil Etheridge, the Filipiono shot stopper’s dreams of returning to the Premier League may become a reality.

According to several UK media outlets, Liverpool joined the race for Etheridge’s signature as the Reds’ second-string keepers Simon Mignolet and Loris Karius are slated for a move.

However, Liverpool has yet to make a formal approach on the Filipino international.

The Azkals goalkeeper emerged as Cardiff City Player of the Year, as he kept 10 clean sheets in 38 games, proving that he can be a great reinforcement to Liverpool’s best goalie Alisson Becker.

Newly-promoted Premier League side Aston Villa’s £8 million bid for Etheridge as the first keeper was rejected as it fell two million short of Cardiff’s valuation.

Fulham, on the other hand, is reportedly offering £10 million while West Ham has also expressed interest.

Etheridge led Cardiff City to a promotion in the Premier League in 2018, but the club was relegated back to the Championship after one season.

The 29-year-old keeper signed a three-year contract extension with the Bluebirds which virtually secured him Cardiff’s No.1 jersey until 2021.

When Etheridge visited Manila, he even placed his bet on Liverpool winning the Champions League final.

With Premier League teams taking the spotlight in the Champions League and Europe league finals, what are @Neil38Etheridge ‘s predictions? @RapplerSports pic.twitter.com/HiQkHr6sMm