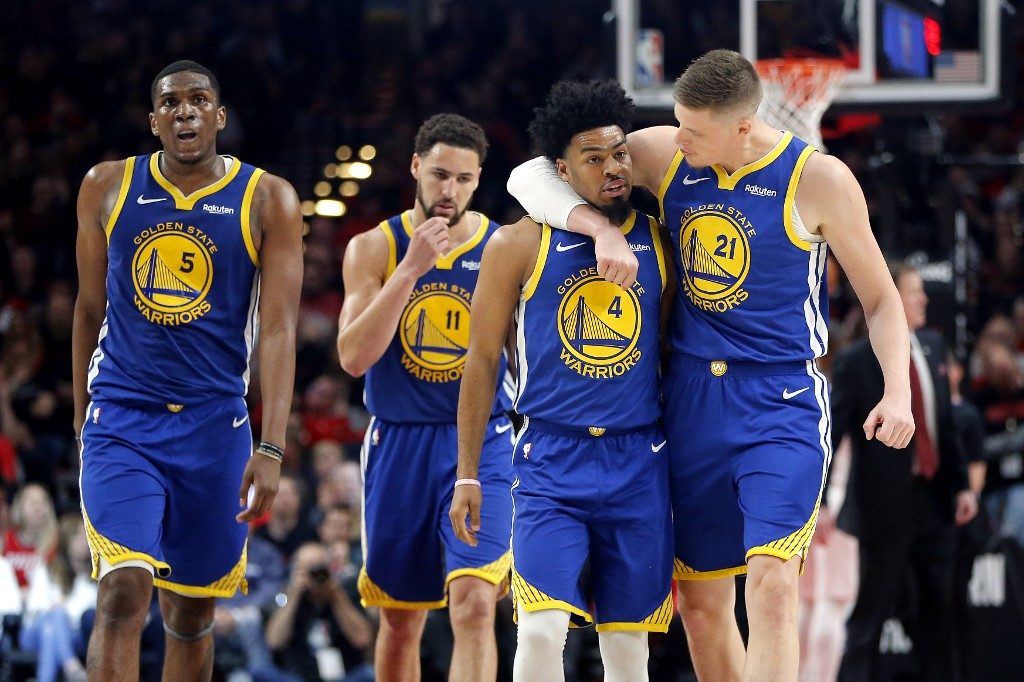 Facebook Twitter Copy URL
Copied
Before moving to a swanky $1 billion stadium in San Francisco next season, the Warriors hope to treat their fans with a win at the Oracle Arena one last time

OAKLAND, USA – There’s one last tipoff coming for the Golden State Warriors at the NBA’s oldest arena, with the reigning league champions hoping to pull off one last victory for Oakland fans.

“Our goal was to get them back on the plane, get them back to Oakland,” Warriors guard Klay Thompson said. “We owe our fans one more game in Oracle.”

With Golden State moving to a new $1 billion arena in San Francisco for next season, the playoff matchup marks the final contest at the 53-year-old venue, which the Warriors have called home since 1971. (WATCH: Warriors find new NBA home in Chase Center)

After losing twice at Oracle to the Raptors last week, the Warriors would force a winner-take-all seventh game Sunday in Toronto if they can pull off a final home victory at Oracle.

“It has been an incredible experience to play and coach at Oracle and hopefully we can go out in style,” Warriors coach Steve Kerr said.

“We’re going to miss it here for sure. We’re looking forward to the new arena. It’s going to be amazing. But we’ll always miss Oracle.”

The arena, originally built for a National Hockey League expansion team that only lasted from 1967-1976, has hosted 66 concerts of The Grateful Dead, the band’s most appearances at any venue.

The Warriors won two NBA titles while based in Philadelphia before moving to California and captured another in 1975, but have won 3 of the past 4 in their current dynasty run.

The only title won by the Warriors at Oracle Arena came in 2017 when Golden State defeated Cleveland in 5 games.

“This building has been very special,” Warriors forward Draymond Green said. “So I think it’s a very special time.

Warriors swingman Andre Iguodala, the 2015 NBA Finals Most Valuable Player, recalled a seven-game first round playoff loss to the Los Angeles Clippers in 2013 when asked about his favorite moments, recalling the loud support from a fan base that had seen only two prior playoff trips since 1994.

“First playoff series here was pretty exciting,” he said. “We hadn’t priced out many people yet, so it was good.

“We’ve had a great support system with our fans, one of the best fan bases in the whole Bay Area. Being on the Oakland side, they really have been with this team throughout good and bad. So it would be sweet to end it well for them.”

‘Energy you could feel’

Kerr recalled his playing days as a visitor to the arena and how Warriors fans backed their club in lean times.

“A lot of my favorite memories come from being a player here and marveling at the energy in this building, coming from a crowd that did not have a whole lot to cheer for, frankly,” Kerr said.

“The Warriors went through a long dry spell and yet you would come here and there was an atmosphere, an energy you could feel.”

“We play for our fans here, all the support they gave us throughout the years. It means a lot to be able to play in front of this city.” – Rappler.com