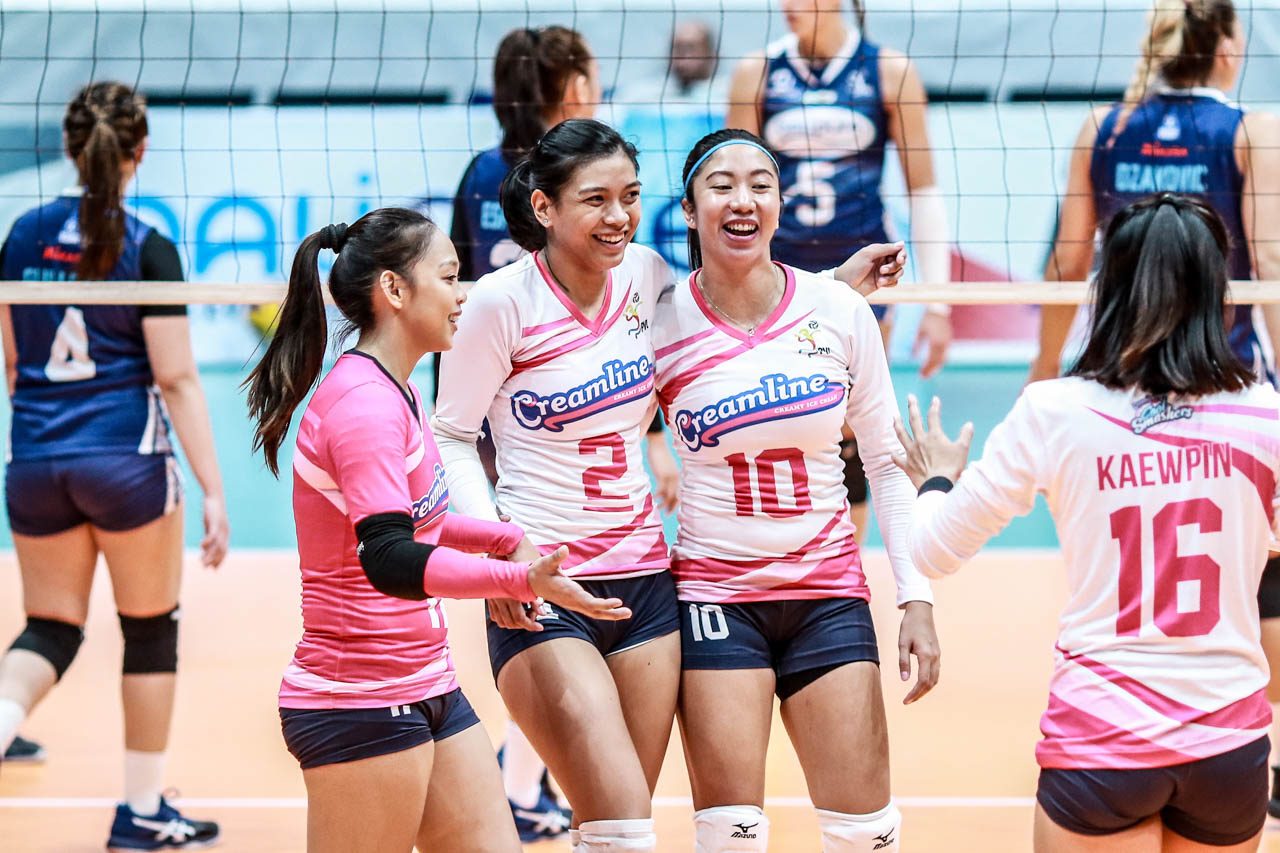 The victory kept Creamline at solo second with a 4-1 record at the end of the first round while Balipure remained winless in 5 games.

The defending champions led all the way in the first two sets, but stumbled in the 3rd set as they trailed 2-8 by the first technical timeout.

But the Cool Smashers erupted with a massive 7-0 run – powered by Thai player Kuttika Kaewpin’s back-to-back attacks and Risa Sato’s presence at the net – to nab a one-point lead, 11-10.

Balipure still managed to take the lead at the second technical timeout, 16-14, and keep the scoreline close thanks to Menchie Tubiera’s third-set surge.