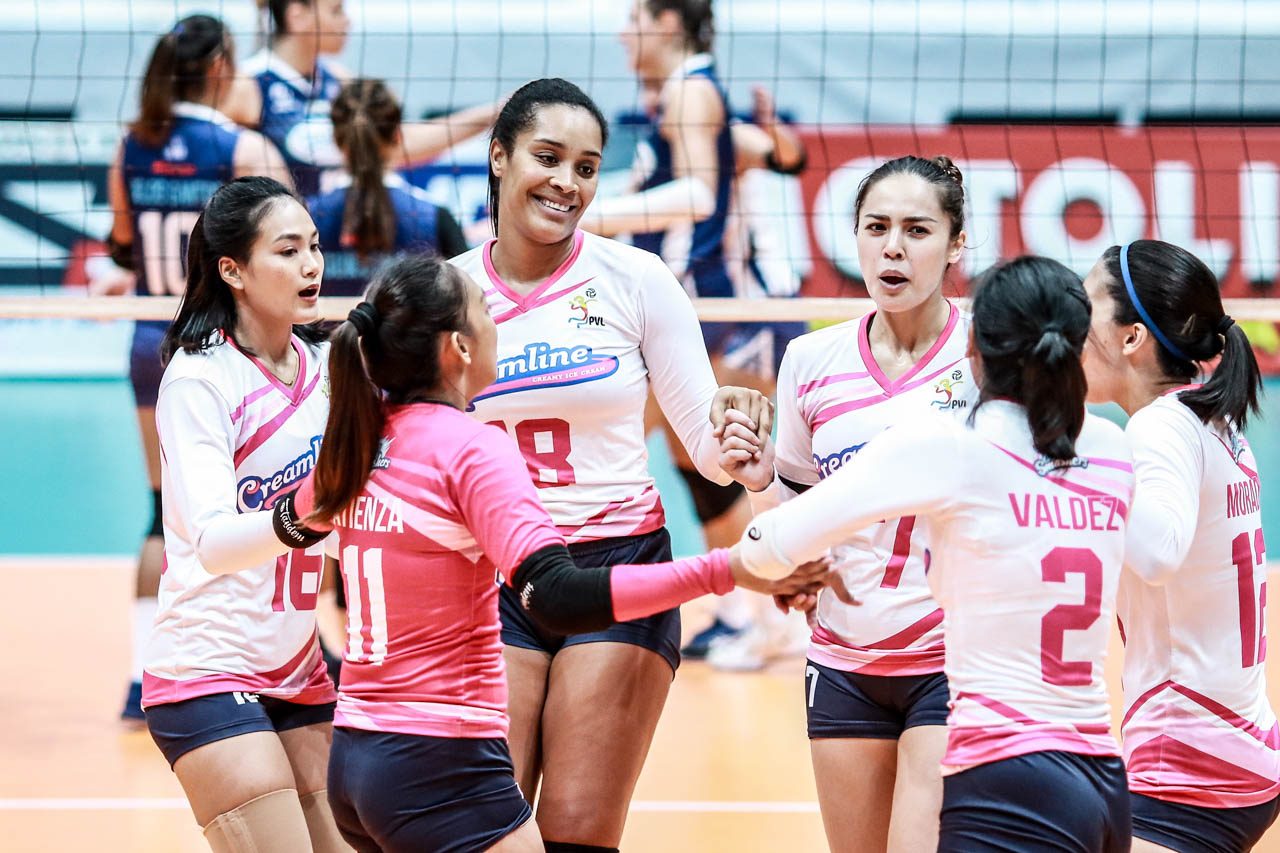 MANILA, Philippines – The Creamline Cool Smashers showed no mercy to Banko Perlas as they swept the spikers in the 2019 Premier Volleyball League (PVL) Reinforced Conference.

Creamline cruised to its fifth-straight win with a 5-1 record in the conference standings.

“The team is so happy that we have coach Tai. We have more connection in the team,” said player of the game Venezuelan import Aleoscar Blanco during the post-game interview.

Banko Perlas was heavily missing the services of American import Kia Bright who was replaced by Thai player Sutadta Chuewulim.

Unlike their first round game, the Cool Smashers erupted with a strong start which set the tone of the match.

Creamline, however, gave away errors in the 2nd set that allowed the Perlas spikers to regroup. The Cool Smashers denied their comeback and cruised to a 2-0 match advantage.

The PVL defending champions raced to a 9-point lead in the 3rd set that virtually sealed the win.

2018 runner-up Banko Perlas dropped to 2-5 in the standings. – Rappler.com