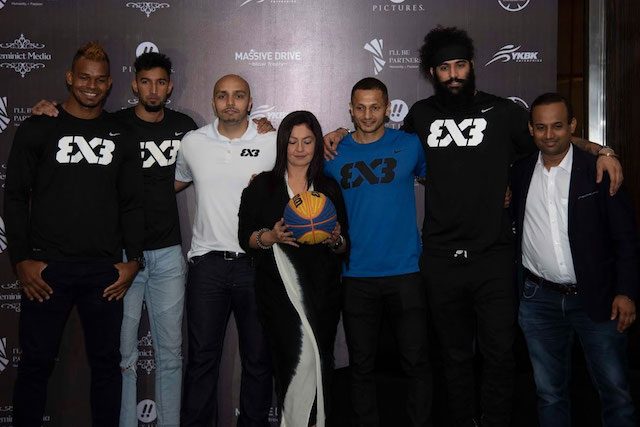 In the Chooks-to-Go Pilipinas 3×3 Patriot’s Cup, each team will have the option to field a foreign reinforcement as the 2nd conference opens on Sunday, June 16 at the SM Seaside City in Cebu.

Just like the President’s Cup, 12 teams will compete in the FIBA Quest-level tournament that will have 5 legs.

Moreover, there will be two foreign guest teams competing in this tourney, namely 14th-ranked VetHealth-Delhi 3BL of India and 20th-ranked Moscow Inanomo of Russia.

“We invited two topflight foreign teams to our league to raise the level of our local teams,” said league owner Ronald Mascariñas. “We definitely want to learn from them while sharing our experiences to them as well.”

VetHealth-Delhi 3BL will immediately plunge into action right in the first leg while Moscow Inanomo will only get to join the league on Sunday, June 23 at SM Megamall.

“Hopefully, the Cebuanos come out to support their two teams for this leg,” said Mascariñas.

The returning squads are headlined by World Tour veterans Gold’s Gym-Pasig Kings and Wilkins Balanga Pure, who will have Nikola Pavlovic and Prince Orizu as imports, respectively.

The Shoemasters though will miss the opening leg and will be replaced by guest team Thunder Pateros Hunters.

Headlining the debuting teams are the Phenom-Basilan Steel. Basilan will field the quartet of Troy Rike, Roosevelt Adams, Franky Johnson, and Marcus Hammonds.

Completing the cast are the Mindoro Tamaraws, the Inoza-Gulf Supreme Bulacan Boosters, and the Tycoon-Quezon City Ballers.

Slotted in Pool A for the first leg are Gold’s Gym-Pasig, Inoza-Gulf Supreme Bulacan, and Thunder Pateros while joining Wilkins-Balanga in Pool B are Mindoro and SWU.

The top team in each group will advance to the knockout semifinals and the winning team will bring home PHP 100,000.