POC feud: ‘I’m not interested in the presidency,’ says Peping 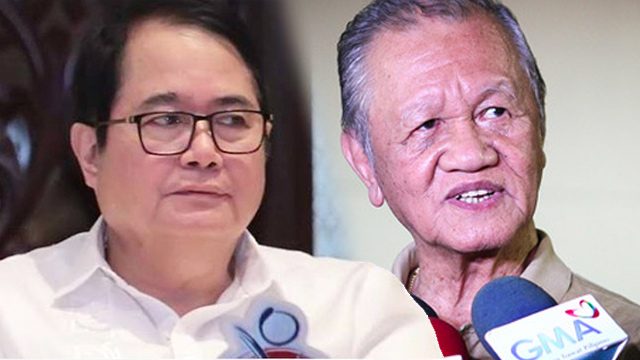 MANILA, Philippines – Dispelling rumors, Equestrian Association of the Philippines president Jose “Peping” Cojuangco expressed disinterest in the Philippine Olympic Committee (POC) presidency on Sunday, June 16, saying he has done enough for the council which should now be led by younger and more dynamic leaders.

Cojuangco made the statement before some members of the POC Board which has called for an executive meeting with POC president Victorico “Ricky” Vargas, the boxing association president under fire for alleged “mishandling” of the POC’s role in the preparations for the 30th Southeast Asian Games. (TIMELINE: Will the POC feud affect PH’s SEA Games hosting?)

The Games are set from November 30 to December 10 in various venues in Metro Manila, Clark and Subic. But some officials questioned Vargas’ role in the  Philippine Southeast Asian Games Organizing Committee (PHISGOC) Foundation, a separate body incorporated by Vargas without approval from the POC Board.

The PHISGOC Foundation is different from the PHISGOC formed for the hosting with the earlier approval of the POC Board, then led by Cojuangco as POC president, before he was defeated by Vargas in a court-ordered election last year.

The PHISGOC and the PHISGOC Foundation are both led by Taguig Representative-elect Alan Peter Cayetano.

Vargas is set to meet with the POC Board in an executive meeting on Tuesday at the Council office at the Philsports complex where he is expected to be questioned about the deals he had entered into on behalf of the PHISGOC Foundation but without the approval of his Board. (READ: POC to meet, iron out ‘crucial’ 2019 SEA Games preparations)

Among the issues to be tackled are the expenses he had made and contracts he had executed in partnership with Cayetano’s PHISGOC Foundation team, which the POC Board feels have caused damage to the Council.

Cojuangco, however, said the meeting is not a power grab.

“My name was always mentioned, but I am not interested in the POC presidency,” said Cojuangco.

Last May 27, Vargas accused majority of the board of “destabilizing” the POC after he fired Cojuangco, vice president Joey Romasanta and former SEA Games chef de mission Monsour del Rosario from their appointive positions. (POC in chaos: Vargas fires Cojuangco, other officials from posts)

“In fact, I am very supportive of Mr Vargas,” Cojuangco said. “I met him several times since his election, shared with him my institutional knowledge and experiences and tried to guide him on issues.”

Cojuangco said, though, that he has been excluded from official SEA Games Federation affairs hosted locally for the Games.

“But still, I am supporting the SEA Games but everything has to be in order,” he said.

“And no, I am not seeking to oust Mr Vargas. I am supportive of him. Everything has to be with the full agreement of the POC Board, though, as provided by our rules and by-laws.”

Vargas promised to attend the June 18 meeting. He had cancelled the meeting he called on June 17 as a reaction to the Board’s call. He earlier planned to host his own POC meeting with Cayetano, a non-POC member, in attendance. – Rappler.com