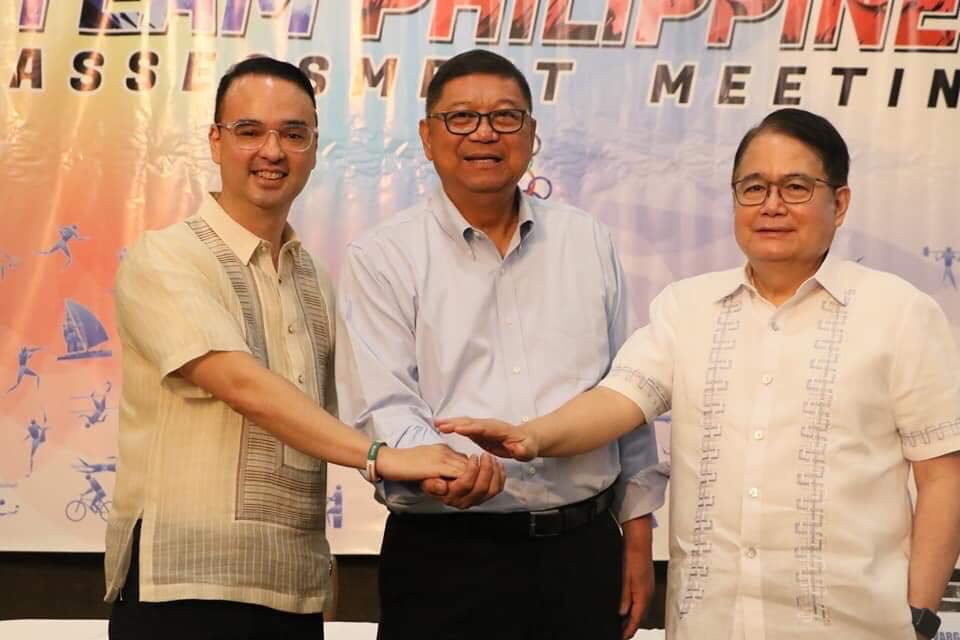 Cayetano addressed several issues raised by the majority of the Philippine Olympic Committee (POC) board, including the creation of the PHISGOC Foundation Inc., in a meeting with national sports associations on Monday, June 17.  (READ: POC to meet, iron out ‘crucial’ 2019 SEA Games preparations)

Majority of the POC board members, which included former POC president Peping Cojuangco, said they only approved the formation of PHISGOC – and not the PHISGOC Foundation, which they alleged has been on top of the SEA Games preparations.

Cayetano, though, said the group was bringing up concerns on legal processes that he already clarified.

“The creation of the organizing committee in hosting the games is part of the Olympic charter,” said Cayetano. (POC in chaos: Vargas fires Cojuangco, other officials from posts)

He said it was not the same as the ad hoc committee approved by Cojuangco when he still held the POC presidency in 2017. (POC feud: ‘I’m not interested in the presidency,’ says Peping)

The PHISGOC Foundation is also chaired by Cayetano, but he is not among the incorporators. Vargas incorporated the Foundation with Ramon Suzara, Donald Caringal, Tom Carrasco, Ed Picson, Dexter Estacio and Monica Ann Mitra.

But Cayetano said the PHISGOC was incorporated just like the country’s previous SEA Games hostings and it is solely created for the hosting of the regional biennial meet.

He further clarified that he was not among the incorporators of PHISGOC despite being the chairman because he was still the secretary of the Department of Foreign Affairs in July 2018. To be an incorporator then would have been a conflict of interest.

“I was still in the DFA when PHISGOC was being incorporated, so we didn’t want any complications of a government official being in the board,” said Cayetano, who was appointed PHISGOC chairman by President Duterte and his status was officially recognized by Cojuangco in 2017.

The PHISGOC chairman also tackled the Asics sponsorship issue, which was raised by majority of the POC board members as the sports merchandise prices quoted were “unreasonably higher” than the market price.

Cayetano explained that Asics offered custom-made apparel, thus the difference in pricing. This was also approved by the Commission of Audit (COA) of the government’s sports agency, he said.

(The products aren’t the same with the ones you get from the store so you can’t compare. And remember, the PSC has a COA, so if the COA of PSC said: ‘Wait, this might be Olympic-standard, but it’s not worth the price,’ that’s your check and balance.)

“There’s nothing wrong with POC people being incorporators because it’s their responsibility to organize the games,” said Dayrit. “What can be wrong is the money coming in and the money is spent on something else.”

Dayrit also agreed that the incorporation of the organizing committee as a private entity is important as it will handle sponsorship money and will have the right to participate in legal action.

He added that it is tasked to work with the government, so public officials can hold positions in the organization.

“The organizing committees can be made up of government-appointed personalities and private officials. It’s not a permanent organization that will exist for a long time as it is created the games it’s organized for,” said Dayrit.

PHISGOC also argued that the 2015 and 2017 SEA Games organizing committees in Singapore and Malaysia, respectively, were not chaired by the national Olympic committee presidents. – Rappler.com