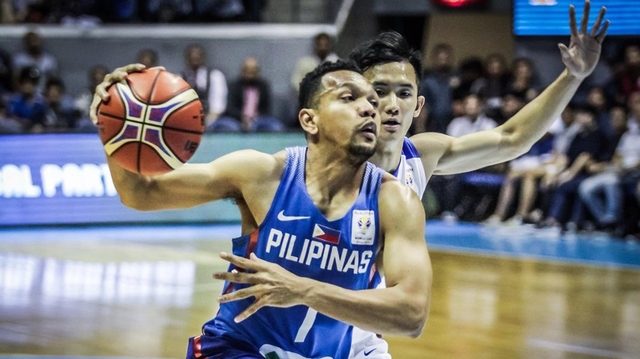 MANILA, Philippines – Gilas Pilipinas might head into the 2019 FIBA World Cup without one of its most reliable stars.

Jayson Castro has begged off from national team duties due to “personal priorities,” Philippine team head coach Yeng Guiao said as the squad kicked off its buildup for the global hoops showdown on Monday, June 17.

“He was asking for understanding for his situation because he has issues that are personal in nature,” Guiao said of Castro in a mix of Filipino and English.

“I told him, ‘Okay, I know you have served the country for a long time.’ And if it is because of his family, I don’t think anybody can blame him.”

Guiao, though, refused to divulge the reason Castro told him.

“I think he is the only person who can answer that. I don’t want to be the one to answer regarding his personal issues,” Guiao said.

A member of the Philippine team that reached the World Cup in 2014, Castro played a pivotal role in helping the country duplicate that feat for the second straight time.

Castro returned from a three-game suspension from FIBA and helped Gilas string wins against Qatar and Kazakhstan in the Asian Qualifiers that ultimately punched their ticket to the quadrennial meet.

That is why Guiao is banking on the chance of Castro having a change of heart.

“I would want to have him on the team but the final say is with Jayson. If he says, ‘I changed my mind, I want to play again,’ I can easily give him a slot. But if he says, ‘I want to rest,’ then we have to look for somebody.”

The pool of players will be finalized in the next couple of days, and until then, Castro’s status is uncertain.

“We will issue the final list of the pool. You will see if he will be there or not,” Guiao said. – Rappler.com