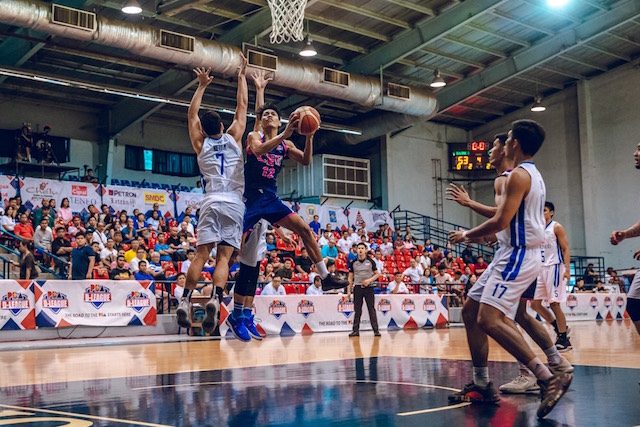 Despite fielding only 7 players, the Scorpions broke the 10-game winning streak of the Cignal-Ateneo team to tie the series at 1-1. (READ: Ateneo draws first blood vs CEU in D-League Finals)

The pair led the Scorpions, making up for lost time, as they quickly caught up with the Blue Eagles.

Cignal-Ateneo’s defensive stops and good transition defense combined with Adrian Wong’s 12 points in the first half gave the Blue Eagles a 16-point lead at the half.

CEU also gave up 11 points from turnovers after 7 steals by Cignal-Ateneo.

In the 3rd period, the Scorpions forced turnovers on the Ateneo squad, which closed the score gap coming into the final frame.

Although CEU was in foul trouble early in the 4th, the Scorpions threatened the Blue Eagles as the UAAP champions’ two close-call three-point attempts could not secure them an overtime finish.

Ange Kouame recorded a double-double of 15 points and 10 rebounds, while Wong and SJ Belangel scored 17 and 13 points, respectively.