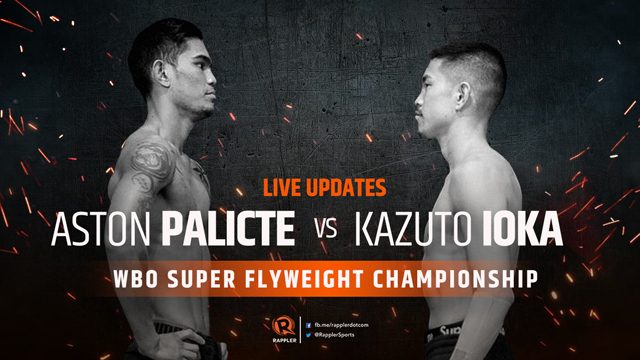 MANILA, Philippines – Another Filipino is raring to become a world champion.

Missing the chance to capture the same WBO belt when he figured in a split draw with compatriot Donnie Nietes in September, Palicte (25-2-1, 21 KOs) looks to get the job done this time against Ioka (23-2-0, 13 KOs).