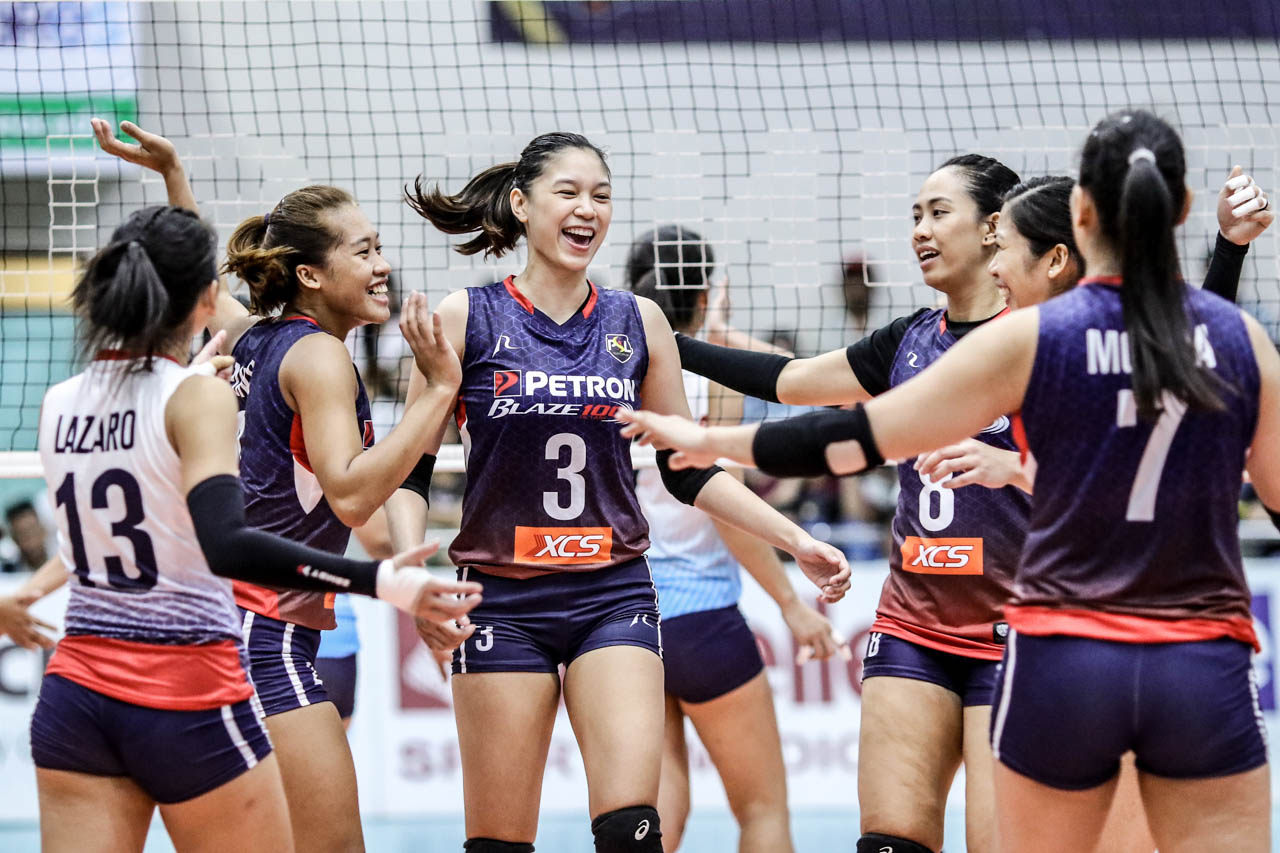 MANILA, Philippines – Petron blazed to its first win in straight sets, 25-21, 25-16, 25-10, over Marinerang Pilipina Lady Skippers in the 2019 PSL All-Filipino conference on Thursday, June 20, at the Imus Sports Complex.

The two-time defending champion stands at 1-0 while the Lady Skippers remain winless at 0-2 in the standings. (PSL: Petron sets sights on All-Filipino title run)

Mika Reyes, who is celebrating her birthday tomorrow, tallied 5 attacks, 3 blocks, and 2 aces for the Blaze Spikers.

(I guess you really have to be happy on the court whether you get an error, whether you’re having a hard time rallying back, but you just have to smile because that lifts up your teammates.)

Petron was off to a hot start with a 7-1 run in the opening frame, but Marinerang Pilipinas started to get its groove lead late in the first set as the Lady Skippers managed to cut the lead to 3 points, 21-24.

Although the Blaze Spikers sealed the first set, Judith Abil and Dimdim Pacres stepped up to help gain a four-point advantage for Marinerang Pilipina, but Petron dropped a 5-0 run to close the second set.

A young squad like the Lady Skippers was unable to stop the bleeding and surrendered to the Blaze Spikers’ lopsided win.

The Lifesavers improved to 2-1 while Foton failed to sustain its opening game win against the Sta. Lucia Realtors and fell to 1-1.

(The way we played was so fluid today. I think we were able to follow what coach wanted and I hope our momentum will continue since our next games won’t be until July 2 and 4.)

The first set was closely fought with long rallies and good floor coverage from both teams, but Foton grabbed the early 1-0 match advantage due to Generika-Ayala’s 7 errors in the opening frame.

In the second set, Generika-Ayala erased Foton’s 7-0 start and managed to extend the set and even the match.

After taking the 3rd set, Araneta stepped up down the stretch to prevent Foton from bringing the game to a deciding set. – Czarina Brozo/Rappler.com