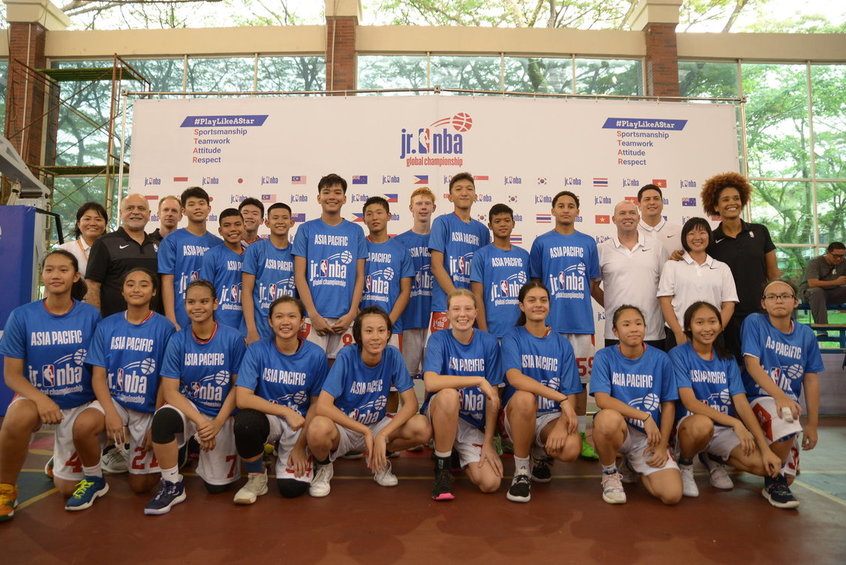 “When I first saw my opponents, I didn’t expect to be here since they’re so tall, but I brought the Filipino mentality puso (heart) which helped achieve my goal of being part of the Jr NBA Asia Pacific girls team,” said Nolasco.

The Jr NBA Global Championship is a youth basketball tournament featuring the top 13- and 14-year-old boys and girls teams from around the world.

“I’m excited for the competition in the United States because it will be a lot harder than in Asia,” said Reyes. “Representing the Philippines is a big deal for myself because not all kids have an opportunity to play for their country.”

“My coaches always reminded to go hard to the basket, not be afraid, believe in myself, and fight with all my heart,” said Rubico. “I’m looking forward to meeting new friends and challenging the talented players from around the world.”

The event, presented by Alaska, with AXA, Gatorade, Globe, Panasonic, Rexona and Vivo as official partners, also had the young athletes participate in the skills challenge during the All-Star Night event that featured Indonesia Jr NBA alumni and personalities, including professional basketball player Daniel Wenas.

“Basketball has given me many opportunities with one of them being able to play in the Jr NBA program,” said Demisana. “I’m very proud to join the Asia Pacific team competing in the Jr NBA Global Championship.”