Mixed fortunes: Murray in the dark before willing Wimbledon partners line up 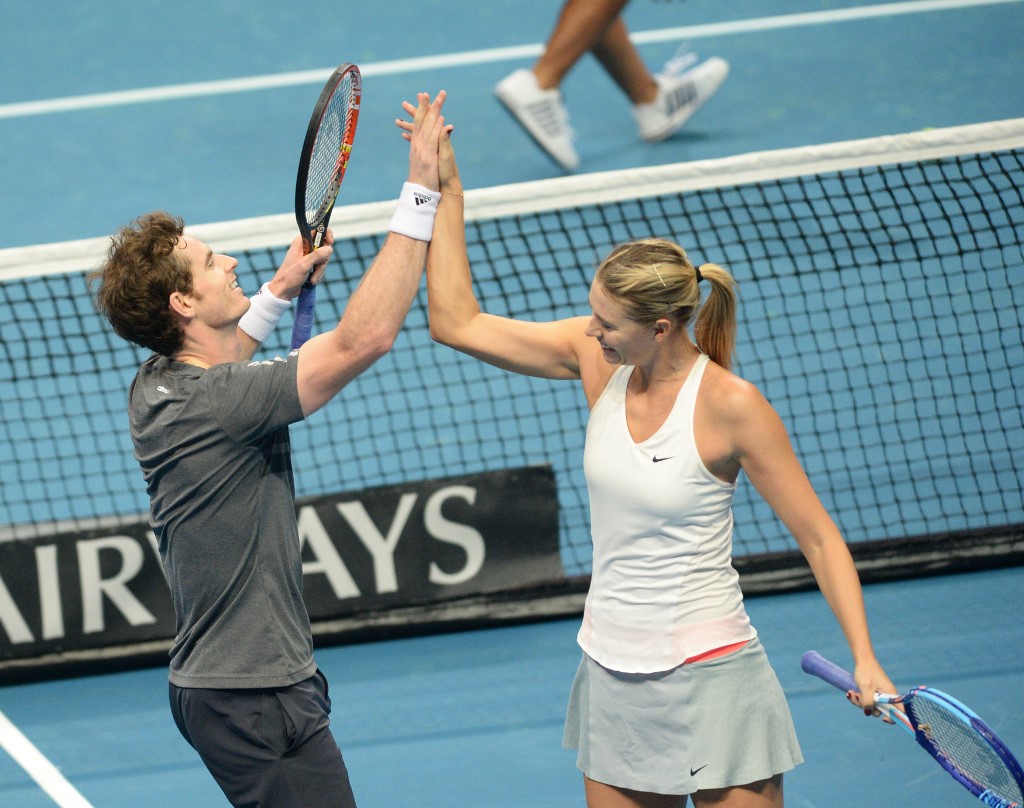 LONDON, United Kingdom – Three-time Grand Slam champion Andy Murray found himself frustrated by fading light at Queen’s on Friday, June 21, but not before he was deluged with offers from potential partners to play mixed doubles with him at Wimbledon.

The 32-year-old Briton and Spain’s Feliciano Lopez were 6-4, 4-5 ahead against Dan Evans and Ken Skupski when their doubles match was called off for the night.

Murray, playing a tournament for the first time since “life-changing surgery” to his hip, will only feature in the doubles at Wimbledon next month and has signed up France’s Pierre-Hugues Herbert as teammate.

However, he admitted that his attempts to find a partner for the mixed as well for the All England Club had proved fruitless with even French Open champion Ashleigh Barty having to say ‘thanks, but no thanks.’

That was until he was suddenly deluged by offers on social media.

“I heard @andy_murray was looking for a mixed dubs partner. Thanks @usopen for sending in my resume today,” tweeted Maria Sharapova alongside footage of her playing alongside Max Mirnyi in the mixed at the 2004 US Open.

Czech player Barbora Strycova tweeted: “Hey, @andymurray I heard rumors that you got rejected by my fellow players a couple of times when finding a partner for mixed doubles in Wimbledon. I swear I wouldn’t do the same mistake like them.”

“@andy_murray I would totally ditch my own flesh and blood AKA @Liambroady to play with you #SORRYBRO #LOVEYOU,” she wrote.

Even retired WTA trailblazer Billie Jean King was tempted to play with the three-time major winner and former world No. 1.

On Friday, Lopez had only had a couple of hours to rest his 37-year-old legs after coming through a three-set singles quarterfinal against Milos Raonic.

The Spaniard, the 2017 singles champion, showed no sign of fatigue early on and it was he who served out for the opening set.

Communication broke down a little, the Spaniard failing to hear something Murray said and by the time he had walked over to repeat it the umpire called him for a time violation.

Murray was not having it all his own way and had his serve broken to give their rivals a 3-1 lead in the 2nd set.

Concerns about the light began to arise with Murray gesticulating to the umpire, but it did not appear to detract from his play as he delivered a sublime lob from the back of the court to outfox his opponents – dropping just inside the line and bringing the crowd to their feet.

Lopez played his part too and he secured the break back with a delicate lob of his own at the net but that was to be the last bit of action. – Rappler.com