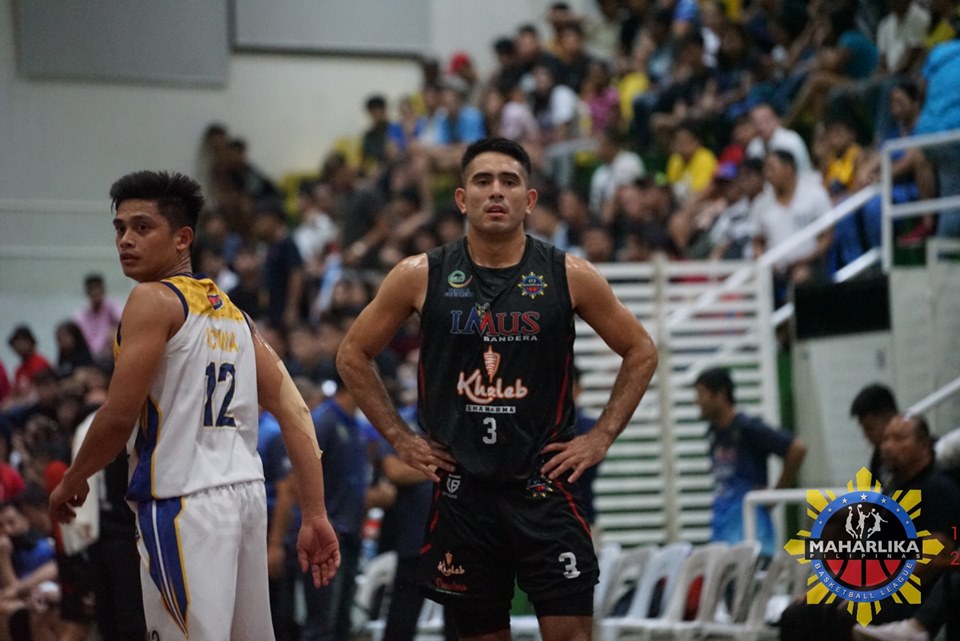 (We beat ourselves. Not to take anything from Bacoor because they’re a strong team, but I really felt that there’s no one to blame but ourselves. We came out in the second half too confident. The intensity wasn’t there. It is a learning experience. It is a good test to see what else we can improve.)

Imus Bandera-Khaleb Shawarma/GLC absorbed a 57-79 whipping from the Bacoor Strikers, where they failed to sustain a hot 33-19 start to fall to a 1-1 card.

Only Anderson finished in double figures for Bandera with 14 points on a 6-of-11 shooting clip on top of 4 rebounds and 5 steals.

Helterbrand said it’s better to experience such embarrassing loss early so the team can build on it.

“I think our inexperience came in. We celebrated too early and then we went from moving the ball and playing together to going one-on-one. Doon nasira (That’s where we fell apart),” said Helterbrand.

“Even our defense got affected. We got away from what got us a big lead. We have to remember what got us a win and not play selfish basketball. If we do that, we will be fine.”

“I am actually glad it happened so our heads don’t get big and we keep on getting better,” he added. “We got exposed. I hope the guys remember that going into practice and we go out there and show a different Imus basketball.”

Imus hopes to bounce back in its homecourt debut at the Imus City Sports Complex on Thursday, June 27 against Batangas City-Tanduay Athletics.

Newcomers Yvan Ludovice and Richard Albo stepped up anew to provide the firepower needed by the Cocolife-backed Tigers in notching their second win in as many games.

A journeyman who is now seeing action in his third MPBL team in just two seasons, Ludovice scored 10 of his 13 points in the second half to stabilize the Tigers.

But it was Albo, a stretch four player picked up by the squad from the Navotas Clutch, who buried two clutch baskets.

Down the stretch, Albo hit two treys to stave off repeated rallies by Caloocan, which absorbed its second loss in as many starts.

Cebu, meanwhile, made sure there won’t be anymore endgame collapse.

Against host team Marikina, the Casino Ethyl Alcohol-backed Sharks survived their rivals in a low-scoring game, 50-42.

The 42-point final tally was the lowest output made by a team in the league’s three-season history. Both teams also produced the lowest combined output.

Cebu held the Shoemasters to just a 23% shooting clip from the field (14-of-59), also the lowest shooting percentage recorded in the league.

Despite the team’s shooting struggle, Patrick Cabahug was able to play steadily for the Sharks as he knocked in 14 points on a 5-for-10 shooting from the field. – Rappler.com