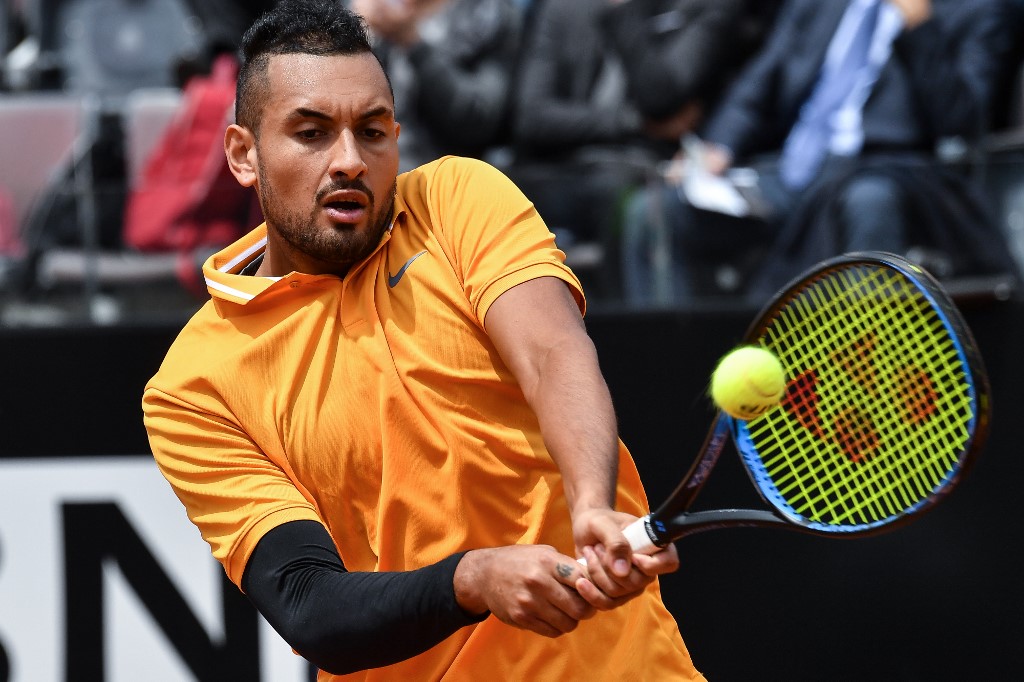 The 24-year-old, who last month was disqualified from the Italian Open for throwing a chair across court, accused a line judge of “match-rigging” during his first-round match with Roberto Carballes Baena over what he thought was a poor line call.

He threatened to walk off court before resuming and winning the match, although not before making fun of umpire Fergus Murphy’s hat and seemingly losing interest in his match by peering over the fence to watch another.

Kyrgios had not calmed down by the time he confronted Canadian teenager Felix Auger-Aliassime later on Thursday.

His racket went flying over the stand of the court after the 18-year-old broke him to win the 3rd set 7-5 and the match.

The ATP supervisor ruled Kyrgios should be fined $7,500 for two separate counts of unsportsmanlike behavior in the first-round match and $10,000 for his behavior in the Auger-Aliassime clash.

Kyrgios also lashed out at a press conference accusing the ATP of double standards with no punishment for officials who make bad calls.

Recently, Kyrgios also described Novak Djokovic “cringeworthy,” saying the world No. 1 is desperate to be held in the same high esteem as Roger Federer. (READ: ‘Kyrgios good guy even if no respect for me,’ says Djokovic) – Rappler.com