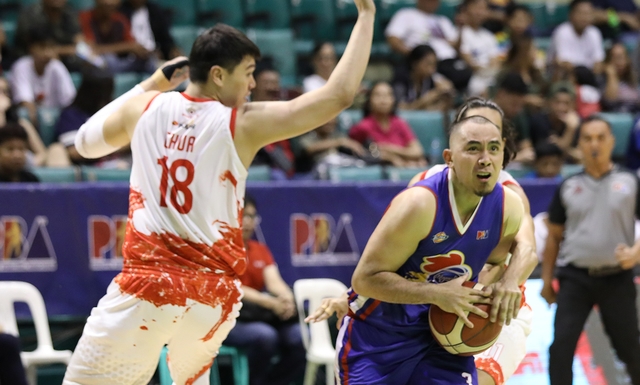 MANILA, Philippines – Magnolia built a lead large enough to nose out Phoenix, 99-96, and extend its winning streak in the 2019 PBA Commissioner’s Cup at the Cuneta Astrodome on Saturday, June 22.

Paul Lee chalked up 27 points and 7 assists, while import James Farr had 26 points, 18 rebounds, and 3 blocks as the Hotshots earned their third straight win after dropping back-to-back games to start the conference.

The Fuel Masters, though, almost staged a come-from-behind win as they managed to shave an 11-point deficit to just 3 points in a run capped by an RJ Jazul three-pointer with 5 seconds remaining.

But Magnolia remained composed in the dying ticks to escape with the victory as Lee secured the ball in the face of 3 defenders attempting to force a turnover.

Aside from the triumph, the Hotshots also celebrated the return of veteran Marc Pingris, who last played in March 2018 after suffering an ACL injury.

Pingris, limited to a shade under 8 minutes, was scoreless but managed to pull down 3 rebounds.

Richard Howell dominated in the paint with 36 points, 20 rebounds, and 2 blocks, but Phoenix failed to pull off back-to-back wins as it fell to 2-4.