Out for 16 months, Pingris emotional in PBA return

Jun 23, 2019 9:12 AM PHT
Delfin Dioquino
Facebook Twitter Copy URL
Copied
Marc Pingris admits there were times he wanted to give up during his road to recovery from a combination of ACL and MCL injuries 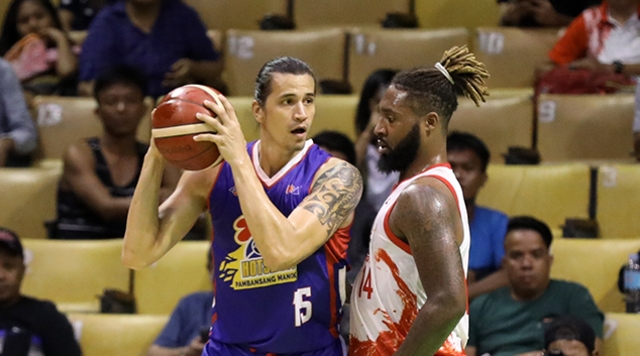 MANILA, Philippines – On the eve of the Magnolia-Phoenix clash in the PBA Commissioner’s Cup, Marc Pingris already prepared his jersey, his shoes, and everything he needed to bring for the match.

That’s how exhilarated he was for his first PBA game in nearly 16 months of recovery due to a combination of ACL (anterior crucible ligament) and MCL (medial collateral ligament) injuries he sustained during his grueling layoff.

Ruled out for an entire season after tearing his ACL in March last year, Pingris had his PBA return further delayed when he injured his MCL in January.

But the long wait is over for the veteran forward as he inspired the Hotshots to a 99-96 win over the Fuel Masters on Saturday, June 22, for their third straight victory after starting the conference with back-to-back losses.

As he made his way to the Cuneta Astrodome floor, Pingris was met with adoration not just by fans but also by several Phoenix players.

“It felt like I wanted to throw a fit, I wanted to scream. I wanted to get the ball and throw it. I just felt overwhelmingly happy, I missed playing,” he said in Filipino.

“I was really emotional. I wanted to cry but I held back my tears.”

It wasn’t an easy journey for Pingris, and there were moments he was clouded with doubts whether he could complete his comeback.

“When you’re working out for 5 hours a day for a year, you get burned out. You’ll get tired of it. There were times I wanted to give up and I even told my wife that I didn’t want to continue, probably because my body was tired.”

Fortunately, his wife Danica was there to provide the emotional support he needed.

“I’m really thankful to my wife because she always told me to stay patient, that she’s always there to support me. She always talks to me and she gives me confidence,” Pingris said.

Held to a shade under 8 minutes by coach Chito Victolero, Pingris isn’t rushing to play heavy minutes again, noting he still has to earn his place back in the rotation.

“I don’t want to get my teammates’ minutes. I don’t want to do something that will harm the team. They worked hard for their playing time so that’s theirs,” he said.

“Coach said he wants me to have a feel of the court gradually. I’m okay with that.”

Pingris and Magnolia shoot for their fourth straight win when they tangle with San Miguel at the Araneta Coliseum on Wednesday, June 26. – Rappler.com