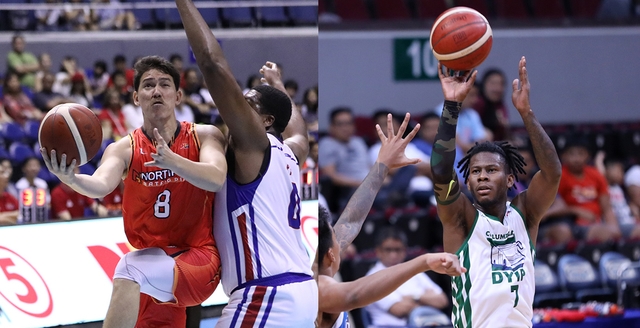 BATANGAS CITY, Philippines – Aside from Kiefer Ravena, Robert Bolick and CJ Perez have been tapped by Gilas Pilipinas to join the pool for the 2019 FIBA World Cup.

National team head coach Yeng Guiao bared the development on Sunday, June 23, noting that it’s part of their plan to invest for the future, and a precautionary measure as well in case injuries plague the squad.

“Although we will just be 12 in the regular lineup, I think we will need one or two as backup if there will be any injuries,” Guiao said after NLEX lost to Barangay Ginebra in the PBA Commissioner’s Cup here.

The Philippine team is also in need of quality guards after Gilas veteran Jayson Castro begged off from suiting up in the global hoops showdown to dedicate his time to his family.

While Guiao believes Ravena is the “most logical choice” to fill the void left by Castro, he said the two PBA rookies can still crack the Magic 12 depending on how they would perform.

“Of course, I do not discount that they can break into the regular lineup once we get started with them,” Guiao said. “Basically, we’re trying to get extra bodies just in case anything out of our control happens.”

Guiao added Bolick and Perez – who have also been named to the 23-man pool for the 2023 World Cup – will gain experience should the Philippines parade professional players in the upcoming Southeast Asian Games.

“[T]hey would be good candidates to start their international training experience for that,” Guiao said in Filipino.

Bolick, Perez, and Ravena are slated to begin training with the national team on Monday, June 24. – Rappler.com