Jun 24, 2019 7:45 PM PHT
Delfin Dioquino
Facebook Twitter Copy URL
Copied
Sidelined for more than a year, the 25-year-old guard tries to make up for lost time as he is set to take over the point guard role left by Jayson Castro 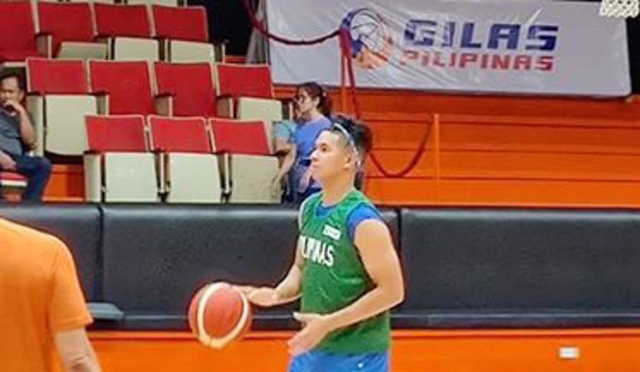 MANILA, Philippines – Kiefer Ravena returned to basketball for the first time in more than a year as he nears the end of his FIBA-imposed suspension.

The 25-year-old guard joined Gilas Pilipinas in its buildup for the 2019 FIBA World Cup at the Meralco Gym in Pasig City on Monday, June 24 – exactly two months before his 18-month suspension ends.

Sidelined since May 2018, Ravena now tries to make up for lost time as he is set to take over the point guard role left by national team veteran Jayson Castro in the upcoming global hoops showdown.

Raymond Almazan attended the training session, but was in street clothes.

The Philippine team has more than two months to prepare before the World Cup kicks off in China on August 31. – Rappler.com