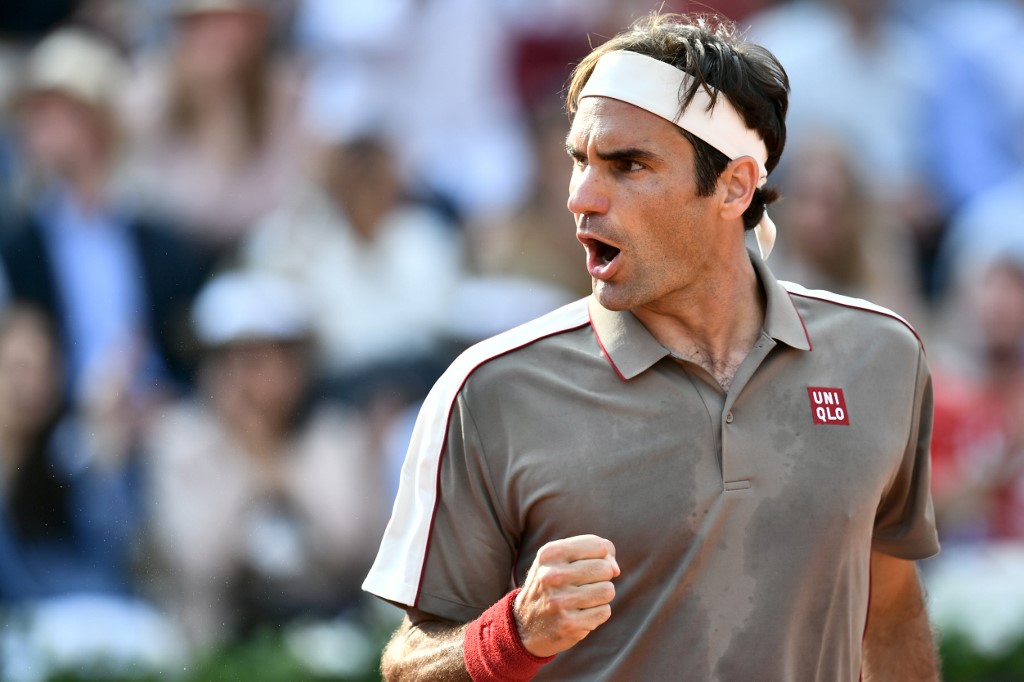 PARIS, France – Twenty years after his debut, Roger Federer will take aim at a ninth Wimbledon title and a place in history as the oldest man to capture a Grand Slam singles crown.

Federer, who turns 38 in August, is already the oldest player to win the Wimbledon men’s title in the modern era, a feat achieved in 2017 when he was 35.

Australia’s Ken Rosewall was only just past 37 when he won the 1972 Australian Open, an age barrier Federer hopes to smash when Wimbledon starts Monday.

“I love being around here. It’s a good vibe. I have great memories. My heroes all won here,” said 20-time major winner Federer.

“Every time I come back here, I try to be like them.”

However, despite his lifetime affection for the All England Club, the tussle to add to his London silverware has become increasingly fraught.

His eighth and most recent Wimbledon title came off a straight-sets demolition of an injury-hit and tearful Marin Cilic in the 2017 final.

Federer was a force of nature that year, not dropping a set in the entire fortnight as title rivals fell by the wayside.

Novak Djokovic retired with an elbow injury in the last 8 against Tomas Berdych while Rafael Nadal was stunned by Gilles Muller 15-13 in the final set of his last-16 engagement.

But 2017 aside, recent trips to London have proved disappointing for the Swiss star whose first experience of Wimbledon was an opening-round loss to Jiri Novak of the Czech Republic in 1999.

In 2013, he was shocked in the second round by Ukrainian serve-and-volleying journeyman Sergei Stakhovsky.

The next two seasons saw runners-up finishes to Djokovic while the 2016 campaign ended with a five-set loss in the semifinals, blown away by the heavy artillery of Milos Raonic.

Last year was particularly painful for Federer, beaten by Kevin Anderson in the quarterfinals in a 13-11 final set.

“The losses hurt more, that you don’t want to be on the loser’s side. It motivates me to do extremely well here because I don’t want to sit here and explain my loss.

“That’s the worst feeling you can have as a tennis player,” he said in the aftermath of that loss to the giant South African in a tie where he held match points in the 4th set.

Despite that shattering loss 12 months ago, Federer will still go into this year’s Wimbledon as one of the favorites alongside four-time champion Djokovic.

Having seen Nadal win a 12th Roland Garros to move within two majors of Federer’s record 20 for the first time, the Swiss headed to Halle where he won a 10th title at the grass court event. (READ: Federer looks to Wimbledon after 10th Halle title: ‘It sets me up nicely’)

“To win 10 times in one place is a very special moment in my career,” said Federer, who now has 102 career titles, just 7 off the all-time record held by Jimmy Connors.

It also made him the oldest tour-level champion since 43-year-old Rosewall won at Hong Kong in 1977.

“Every time I’ve won in Halle, I went on to play really well at Wimbledon,” added Federer.

“It’s never a guarantee of course, but I’ve been on the Tour for long enough to know what it means.” – Rappler.com