Durant opts out of Warriors deal for NBA free agency 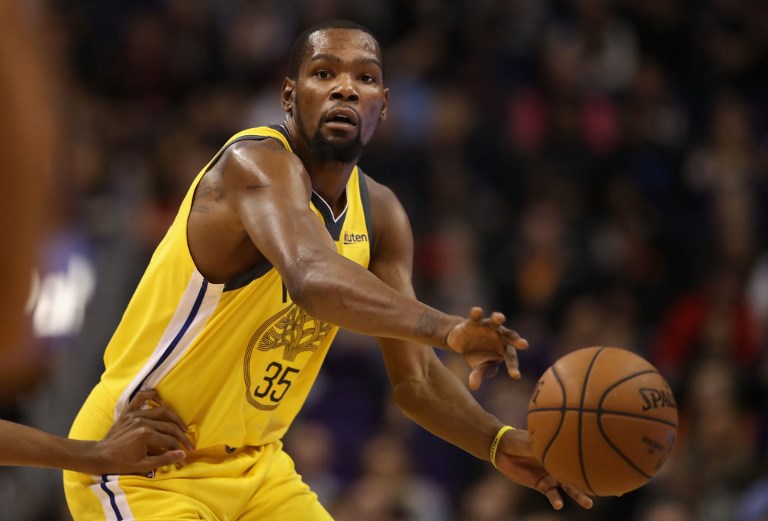 Durant, the 2017 and 2018 NBA Finals Most Valuable Player and 2014 NBA MVP, ruptured his right Achilles tendon in the 2nd quarter of Game 5 of the NBA Finals earlier this month and underwent surgery to repair the injury.

The 30-year-old forward is looking at missing the 2019-2020 NBA season while rehabilitating and using the following campaign to rebuild to peak form, a prospect that could scare off some suitors who hoped for more instant returns from a big-money deal for one of the NBA’s biggest talents.

Durant averaged 26.0 points, 6.4 rebounds, 5.9 assists and 1.1 blocked shots a game for the Warriors this season and boosted his production to 32.3 points and 7.7 rebounds a game in the playoffs until suffering a right calf injury and missing 9 games before his brief NBA Finals comeback.

Durant is still expected to have several offers when NBA free agency opens Sunday. While terms of deals can be completed early, NBA rules mandate no new contracts can be signed until July 6, leaving a week of various reports of agreements to terms but nothing teams can confirm until signings are complete.

Boston’s Kyrie Irving, Toronto’s Kawhi Leonard and Golden State guard Klay Thompson are expected to be among the other top free agents on offer when talks begin, although Thompson suffered a torn left knee ligament in Game 6 of the NBA Finals and will also miss significant time next season.

The New York Knicks, among the leaders in money to spend under NBA salary cap rules, are expected to make a pitch for Durant, whose agent is in New York ready for offers. – Rappler.com