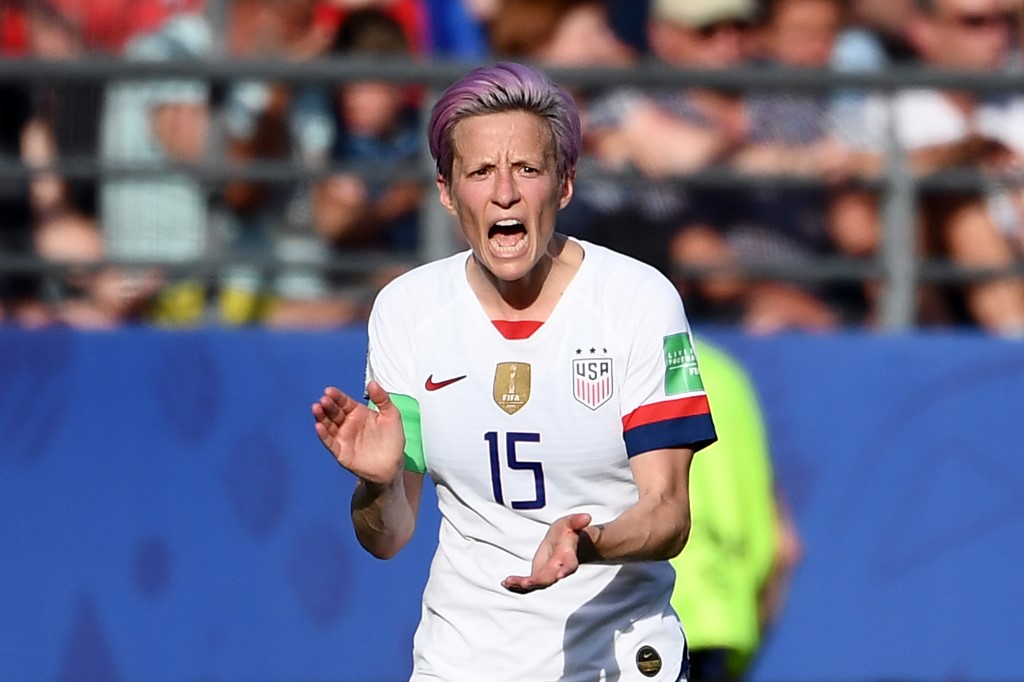 Trump accused Rapinoe of “disrespect” on Wednesday after a video emerged of her saying, in an interview with football magazine Eight by Eight, that she would not be “going to the fucking White House.”

Rapinoe refused to back down from the comments when she gave a news conference on Thursday, on the eve of the USA’s quarterfinal against host nation France in the FIFA Women’s World Cup.

“I stand by the comment I made about not going to the White House, with the exception of the expletive, my mom wouldn’t be very happy about that,” Rapinoe told reporters.

“Considering how much time and effort and pride that we take in the platform that we have,” she said, “I don’t think that I would go and I would encourage my teammates to think about giving that platform or having that co-opted by an administration that doesn’t feel the same way and doesn’t fight for the same things we fight for.”

Trump said on Wednesday that he hadn’t yet invited the team but that he was now doing so.

“I am now inviting the TEAM, win or lose,” he said, calling himself “a big fan” before adding that Rapinoe “should WIN first before she TALKS! Finish the job!”

Despite the intense media scrutiny that has fallen on her team, Rapinoe denied that the controversy might destabilize the dressing room so close to such a big match, and suggested that they had no problem with her comments.

“I’m not worried about destabilizing the dressing room, I think that we have an incredibly strong dressing room, we’re very open with each other,” she said.

“I didn’t make the comments at a press conference here, they were made months ago and just kind of resurfaced so I think if anything it just fires everybody up a little bit more.”

The clash with the French in Paris on Friday promises to be one of the highest-profile women’s matches in recent years.

Coach Jill Ellis also insisted that the spat would not derail her side’s efforts to retain their crown as world champions in the face of what promises to be a feverish atmosphere at the Parc des Princes.

“I’m not around them all the time so I don’t know what they’re saying, but at the end of the day, on the training ground, in meeting rooms, focus has been phenomenal,” she said.

“Our players are just ready to face the first and second balls and really get after it.” – Rappler.com