Jun 29, 2019 9:01 AM PHT
Agence France-Presse
Facebook Twitter Copy URL
Copied
Winding up on the same side of the draw, Rafael Nadal and Roger Federer may face in another blockbuster last 4 showdown 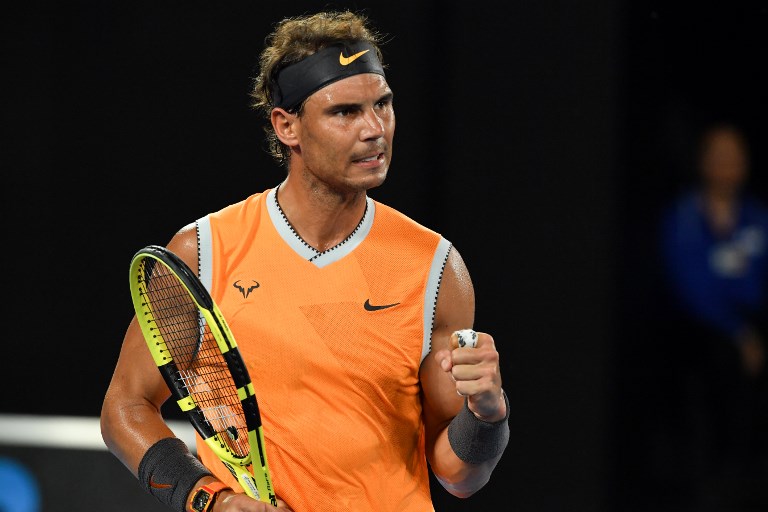 LONDON, United Kingdom – Rafael Nadal breathed a sigh of relief Friday, June 28, after he was slated to meet eight-time champion Roger Federer in the Wimbledon semifinals.

Nadal’s fears that he would be drawn in top-seeded favorite and defending champion Novak Djokovic’s half of the draw – and face him in the semis – proved unfounded despite Wimbledon promoting Federer above him in the seedings.

The Spaniard, seeded 3rd behind Federer, had complained earlier this week that Wimbledon’s unique formula for seeding that combines ranking points with form in grass-court competitions was disrespectful.

World No. 1 Djokovic will in theory face South African 4th seed and last year’s beaten finalist Kevin Anderson – who was promoted from 8th in the world – in the last 4.

Nadal, who comes in on the back of his 18th Grand Slam singles title after winning his 12th French Open which included beating Federer in the semifinals, will do well to reach the last 4 as he has a tough looking draw.

He should have little trouble with his first-round opponent, Yuichi Sugita of Japan, but after that things become more perilous.

Moody but talented Australian Nick Kyrgios – who beat Nadal in the last 16 at Wimbledon in 2014 – is a potential second-round opponent and highly-rated Canadian youngster Denis Shapovalov could await in the third round.

If he emerges from those tussles, he could face Croatia’s 2017 Wimbledon singles finalist Marin Cilic in the last 16.

Kohlschreiber beat Djokovic earlier this year in the third round at Indian Wells.

The women’s draw sees Australia’s new world No. 1 and French Open champion Ashleigh Barty open against China’s Zheng Saisai with a potentially tricky date with Spain’s 2017 champion Garbine Muguruza in the third round.

The most intriguing match-up could come in the fourth round with a rematch of last year’s final between defending champion Angelique Kerber of Germany and American legend Serena Williams.

There is a first round match of the old and the very new as Williams’s 39-year-old sister Venus will play compatriot Cori Gauff, who on Thursday at 15 years of age became the youngest woman to qualify for the tournament in the Open era.

Adding extra spice to the encounter is that the Williams sisters are the reason Gauff took up tennis.

“Serena Williams has always been an idol and Venus,” she said.

“I mean they’re the reason why I wanted to pick up a tennis racket.

“I’ve met them both and they are super kind people I’m just thankful they took up tennis because I am sure they would dominate any sport.”

Japan’s Naomi Osaka – whom Barty replaced as world No. 1 when she won the Birmingham tournament last Sunday – begins her bid to add Wimbledon to her US and Australian Open titles against Kazakh Yulia Putintseva. – Rappler.com