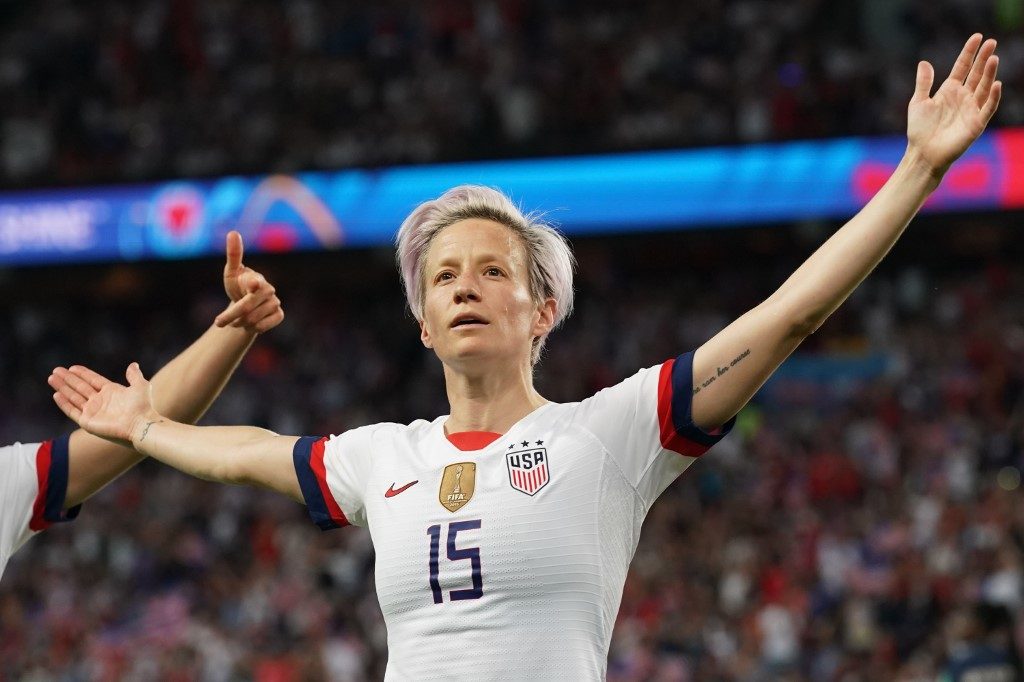 WASHINGTON, USA – The captain of the US women’s football squad, Megan Rapinoe, accepted an invitation from high-profile Democrat Alexandria Ocasio-Cortez to visit the House of Representatives, just days after bluntly saying she would refuse a similar offer from President Donald Trump.

“It may not be the White House, but we’d be happy to welcome @mPinoe & the entire #USWMNT for a tour of the House of Representatives anytime they’d like,” Alexandria Ocasio-Cortez, the fiery young lawmaker who is a rising star of the Democratic Party, tweeted Friday, June 28.

“Consider it done,” Rapinoe, the US star forward, quickly replied.

Ocasio-Cortez then tweeted, “The party’s on!”

Rapinoe is leading the charge for Team USA at the women’s World Cup. On Friday, she scored both of the squad’s goals to propel the team to a 2-1 victory over France in the quarterfinals.

The Americans take on England on Tuesday, July 2, with a spot in the finals at stake.

She had earlier vowed to stay home if Trump invited the women’s team to Washington, and urged her teammates to join her in protesting the president’s policies and character.

That drew a pair of angry tweets from Trump, who said that “Megan should WIN first before she TALKS! Finish the job!”

….in our Country’s history, and the poverty index is also best number EVER), leagues and teams love coming to the White House. I am a big fan of the American Team, and Women’s Soccer, but Megan should WIN first before she TALKS! Finish the job! We haven’t yet….

But Trump announced that the US women’s football team would be invited to the White House regardless of the result.

….invited Megan or the team, but I am now inviting the TEAM, win or lose. Megan should never disrespect our Country, the White House, or our Flag, especially since so much has been done for her & the team. Be proud of the Flag that you wear. The USA is doing GREAT!

Among the teams that have declined the offer have been pro basketball’s Golden State Warriors and last year’s Super Bowl winners, the Philadelphia Eagles of the National Football League (NFL).

A longtime activist, she has been outspoken in demanding equal pay for women’s soccer players.

In 2016, she joined a movement started by NFL quarterback Colin Kaepernick to protest police violence against African Americans, taking a knee during the playing of the national anthem. – Rappler.com