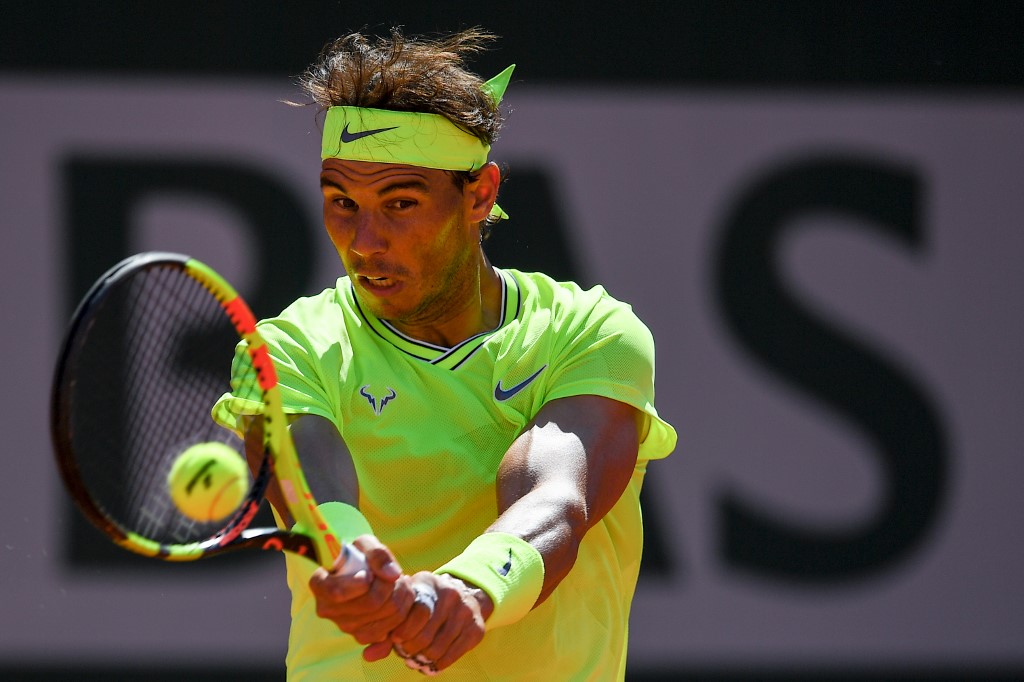 LONDON, United Kingdom – Rafael Nadal said Saturday, June 29, that the ATP should have more say over the seedings at Wimbledon with the two-time champion, who was relegated a spot for this year’s tournament, describing the system as “unfair.”

The 33-year-old, who moved to within two of Roger Federer’s record 20 Grand Slam triumphs with his 12th French Open earlier this month, said his qualms over Wimbledon organisers modifying the seedings according to grass court form rather than adhering to the world rankings, were valid as it is the only Grand Slam event to do so.

Nadal has been leap-frogged by eight-time champion Roger Federer in the seedings with the Spaniard seeded No.3, one below his World No. 2 ranking.

He believes men’s tour ruling body the ATP should use their influence that comes with giving Wimbledon 2000 ranking points to affect how they seed the players.

“I respect all the situations,” said Nadal at his pre-Wimbledon press conference on Saturday.

“The stuff is about the ATP. We give two thousand points to this event.

“We let them to do whatever they want. That’s something that I don’t understand, because I can’t create an impact, not by myself.”

Nadal, the 2008 and 2010 Wimbledon champion, said he was also worried the impact that altered seedings could have on the end of season rankings on players such as Alexander Zverev or Dominic Thiem.

Last year’s beaten finalist Kevin Anderson has been seeded fourth even though he has had an injury-affected season and is ranked No.8 in the world, below Zverev and French Open finalist Thiem.

“Of course, it can create an impact in the rankings at the end of the year,” said Nadal,

“For example for Sascha (Zverev), for Dominic.”

“All the players work so hard to be where they are, then arrive here, they see a possibility to be in a tougher draw because of that.”

Nadal, who has a tough draw with the possibility of facing Nick Kyrgios in the second round provided the Spaniard beats Yuichi Sugita in the opening match, believes the rules are not fair.

“I respect the Wimbledon rules,” he said.

“Another thing is if I believe that is fair or not, that’s another story. I really personally believe is not.”

Nadal says his criticism does not mean he is lacking in respect for the tournament itself.

“I really respect the tournament so much,” he said.

“I respect the history of this event. I really understand that they see the sport from another perspective.

“They want to do it by their own rules.” – Rappler.com