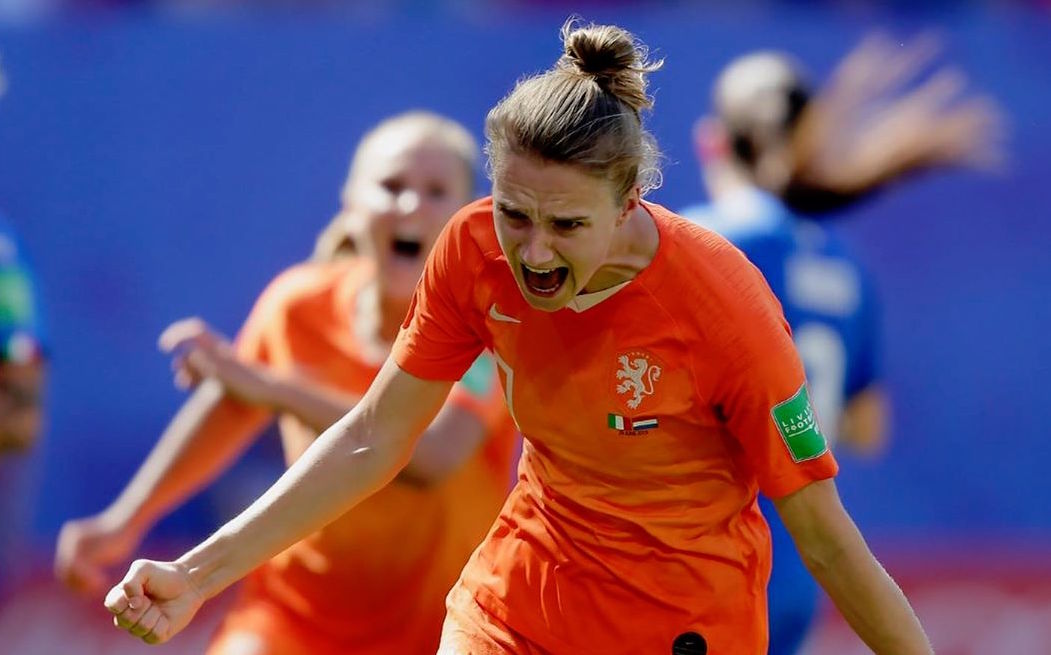 VALENCIENNES, France – Netherlands reached the semifinals of the FIFA Women’s World Cup for the first time in their history on Saturday, June 29, after Vivianne Miedema and Stefanie van der Gragt scored in a 2-0 win over Italy in Valenciennes.

Appearing at just their second World Cup, the Dutch will travel to Lyon to face one of Germany or Sweden, who play later in Rennes, in the last four thanks to the fine headers from record goal-scorer Miedema and Van der Gragt in the last 20 minutes of the quarterfinal.

The result also means they have qualified for the 2020 Tokyo Olympics as one of the 3 best performing European sides in France.

“The most important thing is that we won against Italy,” said Sherida Spitse, who set up both goals with stunning set-piece deliveries.

“That I can be important with my free kicks I know that, but the most important thing is that we are going to the semifinals and Tokyo.”

Both teams had complained about the scheduling of the match in the middle of the afternoon during a punishing early summer heatwave that is sweeping Europe.

However, it was the Dutch who responded best to the on-pitch humidity, with temperatures creeping over 30 degrees Celsius, completely dominating the second half in an impressive display that will give whoever wins later on Saturday pause for thought.

“It was really, really warm out there, but I’m just trying to tell myself that it’s not hot,” said Dominique Bloodworth, one of four Arsenal players in the Dutch team.

“The second half I felt much better and that we were going to score a goal and win the game so that gives you wings.”

The Dutch struggled initially to get behind Italy’s tenacious back line despite being gifted the the ball on countless occasions, and the ‘Azzurre’ had the best opportunities of a cagey opening half through Valentina Bergamaschi and her AC Milan teammate Valentina Giacinti.

However, they took control of the match early in the second half, with Lieke Martens twice forcing Italy goalkeeper Laura Giuliani into action and Miedema just failing to connect with Desiree Van Lunteren’s fizzing low cross 7 minutes after the break.

Danielle van de Donk then hit the bar just before the hour mark with a dipping effort before Spitse saw her powerful free kick flick out off the post.

Italy’s luck ran out in the 70th minute when Spitse whipped in a perfect cross from the left flank that Arsenal striker Miedema glanced home with her head to make it 61 goals in 80 international matches.

Italy wilted and 10 minutes later the Dutch sealed their place in the last four, Spitse with another precise delivery that van der Gragt emphatically headed home at the far post to end the contest and Italy’s dream run in France, with their players crying in the aftermath.

“We are really upset because we got this far and had the chance to qualify for the Olympics. That’s what we dreamed of,” said Barbara Bonansea, who started their unexpected run with two goals against Australia in their opening group game.

Italy had not reached the quarterFinals since the very first women’s World Cup in 1991.

“No-one expected all this from us so we can’t be anything but happy.”

The United States and England will face off in the other semifinal on Tuesday, July 2, after the Americans beat France 2-1 in a pulsating encounter on Friday. England beat Norway 3-0 on Thursday.  – Rappler.com