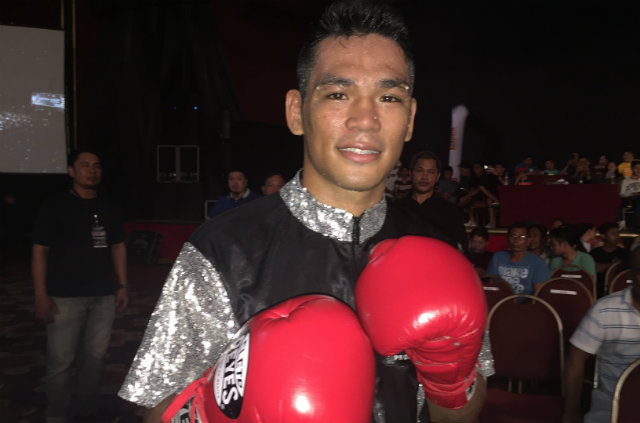 That’s why the 30-year-old pride of Bago City, Negros Occidental, is determined to beat French champion Nordine Ooubali when they tangle for the World Boxing Council bantamweight crown on July 6 at Bary’s Arena in Astana, Kazakhstan.

Villanueva trained long and hard in Cebu and sparred with the best talents of ALA boxing stable before leaving for Kazakhstan on Sunday, June 30.

In 2015, Villanueva lost to Puerto Rican McJoe Arroyo in their battle for the International Boxing Federation super flyweight title in London.

In 2017, Villanueva was at it again, fighting and losing by unanimous decision to South African Zolani Tete for the World Boxing Organization bantamweight crown in the United States.

Though he won just two of his last 4 fights, Villanueva believes he has good chances against Ooubali, a two-time Olympian with an imposing record of 15-0, 11 knockouts.

Villanueva, 32-3-1, 18 knockouts, is unfazed by Ooubali’s credentials, however, and promises to go all-out for a stoppage if the opporunity arises.