Balipure import gets away with warning after viral hit on teammate 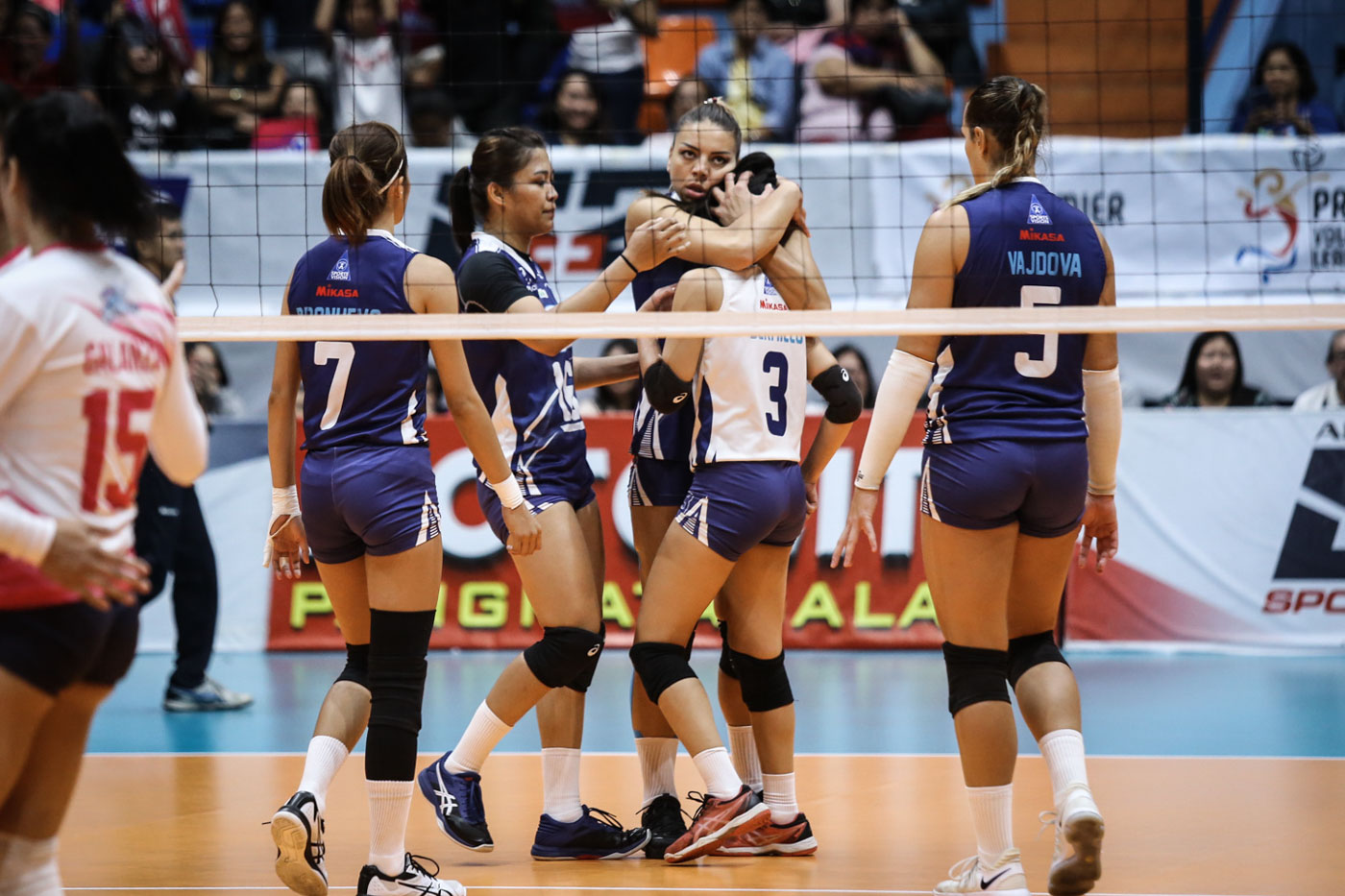 “Such uncalled-for act has no place in the league and though she (Djakovic) had issued an apology right after the incident, which Bermillo accepted, we view this act (of Djakovic) as offensive not only to Bermillo but also to the sensibilities of all stakeholders of the sport and its ever-growing fans,” said Ricky Palou, president of SVMGI.

Dzakovic was not slapped with any sanctions and was merely given a warning.

Palou, however, stressed that a repetition of the act – by any erring player – will be dealt with more severely.

“We invite these imports to spice up the tournament, primarily for the fans, and at the same time share their expertise with the local players,” said Palou. “Conversely, we expect them to play and be at their best, game-wise and character-wise.”

The 5-foot-9 Montenegrin spiker hit Bermillo on the back of the head on impulse after a miscommunication between them occurred in receiving Creamline Cool Smasher Jema Galanza’s off-speed attack that wrapped up the opening set, 25-19.

Shocked, Bermillo was reduced to tears as her contact lens also fell from the impact of the strike.

According to Palou, it was not televised that Djakovic profusely apologized to Bermillo, embracing her and assisting her all the way to their bench.

This gesture decreased the severity of the sanctions to be imposed on the Balipure import.

“I said I’m sorry. I’m so close to her and I love her. I just hugged her since I cannot explain this,” said Djakovic, stressing that emotions got the best of her that even she, herself, was surprised with what she did.

“I was not able to control my emotions.”

Bermillo accepted Djakovic’s apology and said she was really shocked for what had happened.

(It was a miscommunication. We both said “mine” at the same time and we both attempted to get the ball. She apologized to me and admitted that she was carried away by her emotions. I was just really shocked with the hit. I just laughed about it, but I couldn’t hide the pain. It’s okay, it’s just part of the game.)

Balipure coach Rommel Abella said he understood that the unwarranted strike was done in the heat of the moment, but didn’t hide his disappointment over his import.

Dzakovic was also remorseful for her unexpected aggression during the game.

“I’m so disappointed of myself and I want to say sorry to all fans and people who followed us and supported our games,” said Dzakovic, who left the Philippines on Sunday.

“I have been playing volleyball for 16 years but this is the first time it happened. I cannot believe (I did that). I’m shocked.”