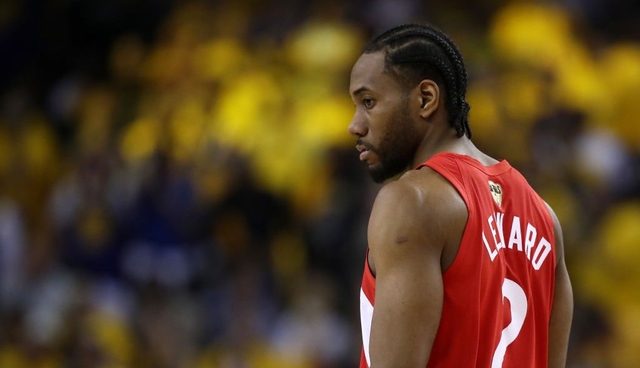 Players and teams began agreeing to terms on new deals Sunday, June 30, even though no contracts can be signed until next Saturday, July 6.

Leonard, who led the Toronto Raptors to the NBA title last month, was expected to meet with the Los Angeles Lakers and Los Angeles Clippers plus the Raptors this week before making a decision on where to sign a new deal. (LOOK: Lakers fans put up #KaWhyNot billboards in Manila)

The Raptors are trying to keep together their championship squad while the Clippers, in Leonard’s home town, have a similar young team that would offer him a starring role.

The Lakers, who have cleared enough salary cap space, to make a top offer for the two-time NBA Finals Most Valuable Player, have a chance to form a super-team with LeBron James and Anthony Davis.

The Lakers were reportedly looking at D’Angelo Russell, who went to the Golden State Warriors for 4 years at $117 million after trading Andre Iguodala to Memphis.

Russell will partner Steph Curry in the Warriors’ backcourt until Klay Thompson, who agreed to terms Monday on a five-year deal worth $190 million to stay with Golden State, returns from a torn knee ligament.

Also reportedly waiting on Leonard’s decision is Toronto guard Danny Green, who is being wooed by Dallas but could figure into the plans of the Lakers and Clippers as well.

The Lakers did land their first free agent Monday, 3-point shooter Troy Daniels on a one-year deal for $2.1 million.

The Clippers agreed to an extension with Patrick Beverley at 3 years for $40 million and got forward Mo Harkless in a deal with Miami.

“Anybody got kawhi number??” Harkless tweeted.

Anybody got kawhi number??

In Sunday’s biggest reported opening deals, Brooklyn secured two-time NBA Finals MVP Kevin Durant, who ruptured an Achilles tendon as Golden State lost in the NBA finals, and Kyrie Irving from Boston. Each accepted contracts below the maximum so the Nets could also grab center DeAndre Jordan, who was with Dallas last season.

Durant will miss next season while recovering, but Irving and Jordan join a squad that made the playoffs last season.

Philadelphia landed Dominican big man Al Horford from Boston and traded with Miami for Josh Richardson in a deal that cost them guard Jimmy Butler.

Turkish center Enes Kanter announced he has agreed to a two-year deal to join ex-Charlotte guard Kemba Walker in Boston.

The Western Conference, won by the Warriors the past 5 seasons, is up for grabs after the shakeup.

Dallas made a four-year deal worth $32 million with former Portland guard Seth Curry.

The biggest losers in free agency were the New York Knicks, who had salary room for two top free agents but could not attract a big name, breaking up the money among lesser talents.