Jul 2, 2019 2:09 PM PHT
Agence France-Presse
Facebook Twitter Copy URL
Copied
'It would be a great accolade but that's not my goal, my goal is to help this team win a World Cup,' says Team USA star Alex Morgan 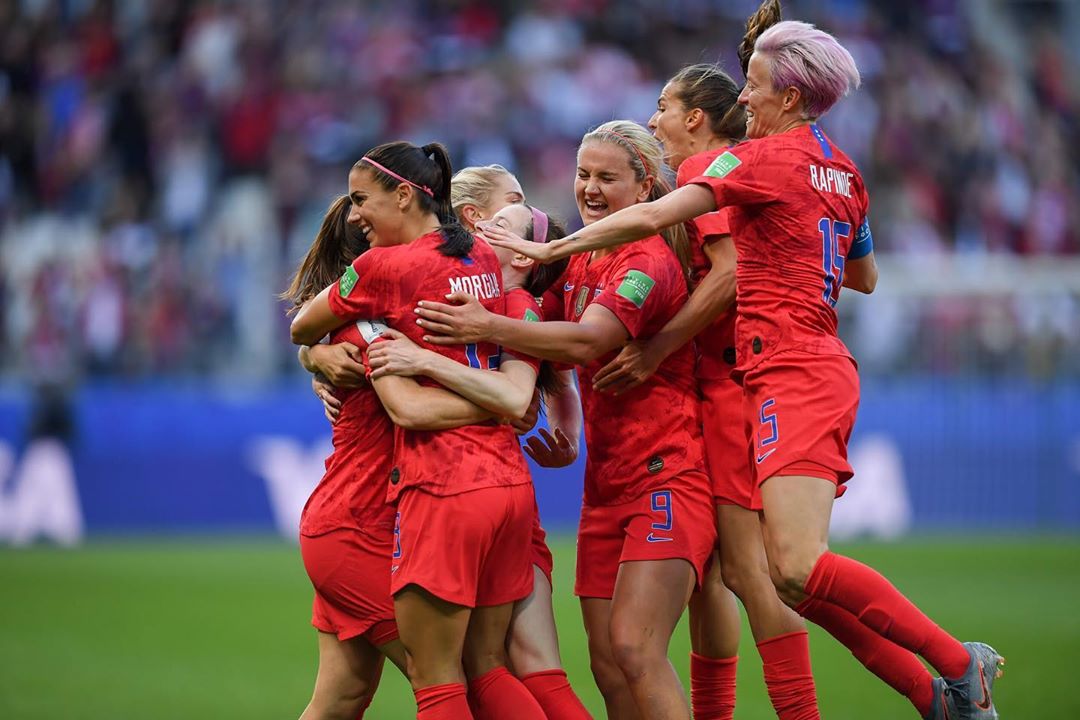 LYON, France – Alex Morgan says she would be happy to forgo the Golden Boot for top scorer at the women’s World Cup if it meant the United States retained their title in France, as she prepares for Tuesday’s semi-final showdown with England.

Striker Morgan is the tournament’s joint leading scorer alongside in-form teammate Megan Rapinoe, England’s Ellen White and the already-eliminated Australia’s Sam Kerr with 5 goals, but has not found the net since hitting 5 in the Americans’ record 13-0 thrashing of Thailand.

“I’d like someone on our team to win the Golden Boot,” Morgan said at Sunday’s pre-match press conference.

“It would be a great accolade but that’s not my goal, my goal is to help this team win a World Cup, so as long as the goals continue to come then I’m happy. And that’s not goals continuing to come for me, but this team.”

Rapinoe has joined Morgan at the top of the charts after carrying the USA to the last-four meeting with Phil Neville’s side, scoring all 4 goals in their tense 2-1 wins over Spain and France in the previous rounds. (READ: Megan Rapinoe accepts House invite after snubbing Trump)

Morgan was substituted at half-time of the USA’s final group game with Sweden and has not looked on top form, although she played a key role in Rapinoe’s brace at the Parc des Princes on Friday.

She won the free-kick from which Rapinoe gave her side a fifth minute lead, and set Tobin Heath through to lay on the 33-year-old for her decisive second.

“Megan Rapinoe has put this team on her back from Spain to France and it’s going to take players like that and a couple of individuals to step up and help carry this team,” Morgan added.

USA coach Jill Ellis insisted that her team is not an arrogant one after her staff were seen checking out England’s team hotel in Lyon to use for the final should they win on Tuesday, July 2.

Reminded of defender Ali Krieger saying the USA had such a deep squad they had the best and second best team in the world, she said: “I don’t think it’s in any way an arrogant team.