Jul 2, 2019 7:55 PM PHT
Beatrice Go
Facebook Twitter Copy URL
Copied
Jerwin Ancajas and his team are in the process of setting up a unification crown showdown 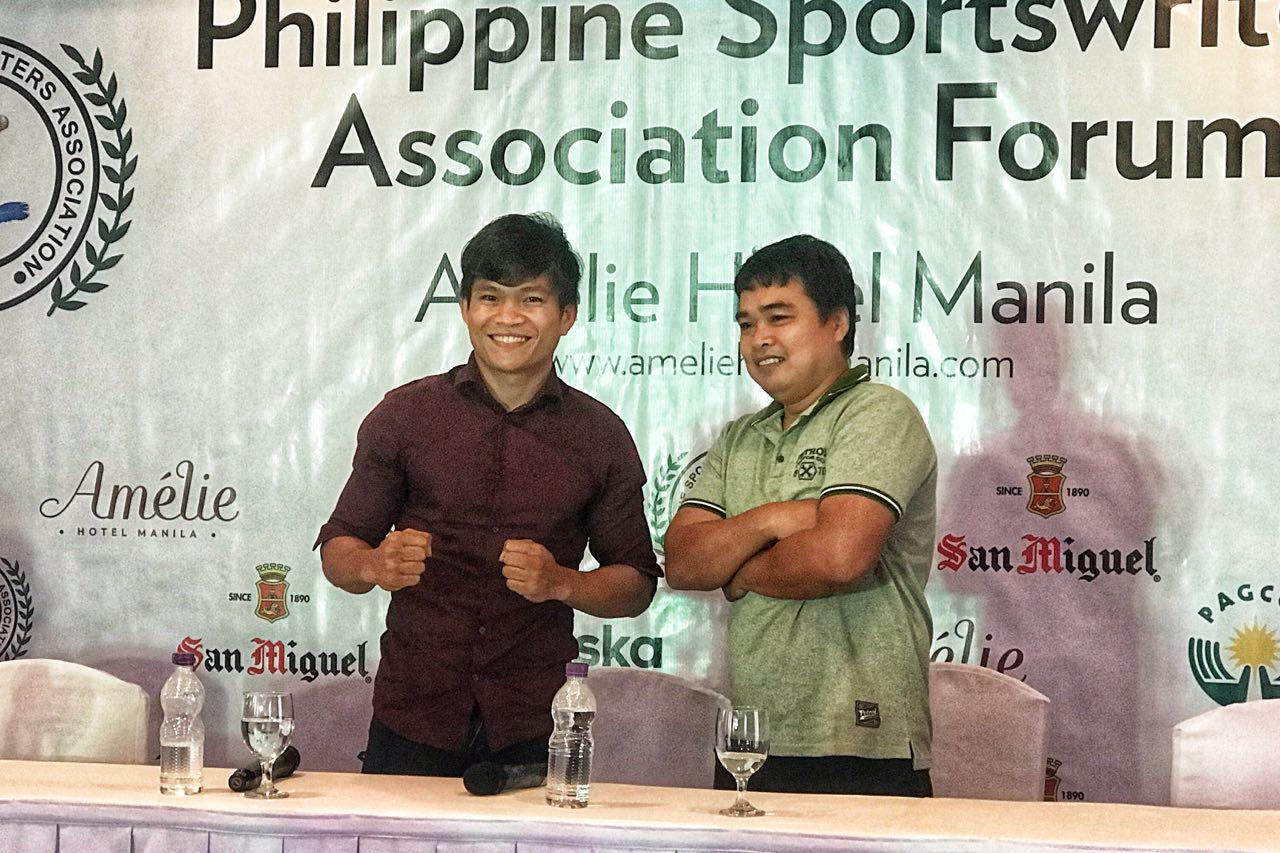 MANILA, Philippines – Filipino boxing champion Jerwin Ancajas is hoping that he would face one of his boxing idols, Juan Francisco Estrada of Mexico, to become the undisputed world champion at 115 pounds.

Ancajas (31-1-2, 21 knockouts) told reporters that he had been following the Mexican even before he won a world title.

(Estrada is one of the first skilled boxers that I’ve watched, and if our fight pushes through, it would be an honor to face him.)

The reigning IBF super-flyweight champion has defended the crown 7 times since winning it in 2016.

Ancajas’ goal now is to unify the belts in his next fight that will come either late September or early October this year.

(Before, I was just dreaming of winning any belt. Now that I’ve become a world champion, I hope to unify belts from different championships.)

Ancajas’ trainer, Joven Jimenez, said details of his next fight should be known in a week or two.

“We have a timetable. Top Rank is negotiating a fight with WBC champion Juan Francisco Estrada. But we’re looking at 3 names, including Andrew Maloney (Australia, 20-0) and Alexandru Marin (Romania, 18-0),” said Jimenez.

Of the 3, both boxer and trainer agreed that Estrada is the most significant. The Mexican’s camp already reached out to them last May.

The other world titles at 115 pounds are being held by Kazuto Ioka of Japan (WBO) and Khalid Yahai of the United Kingdom (WBA).

“If we can get the Estrada fight that will be exciting,” said Ancajas, who defended his title last May with a 7th-round stoppage of Japan’s Ryuichi Funai in Stockton, California.

Ancajas said he has what it takes to beat Estrada, the 29-year-old Mexican (39-3 with 26 knockouts), who outclassed Thai pound-for-pound champion Srisaket Sor Rungvisai last April.

“We believe that there’s a way to beat Estrada. We can beat him,” said Ancajas, who has kept himself busy doing light training ahead of his next fight set in the United States. – Rappler.com