Fun is back for Murray on victorious Wimbledon return 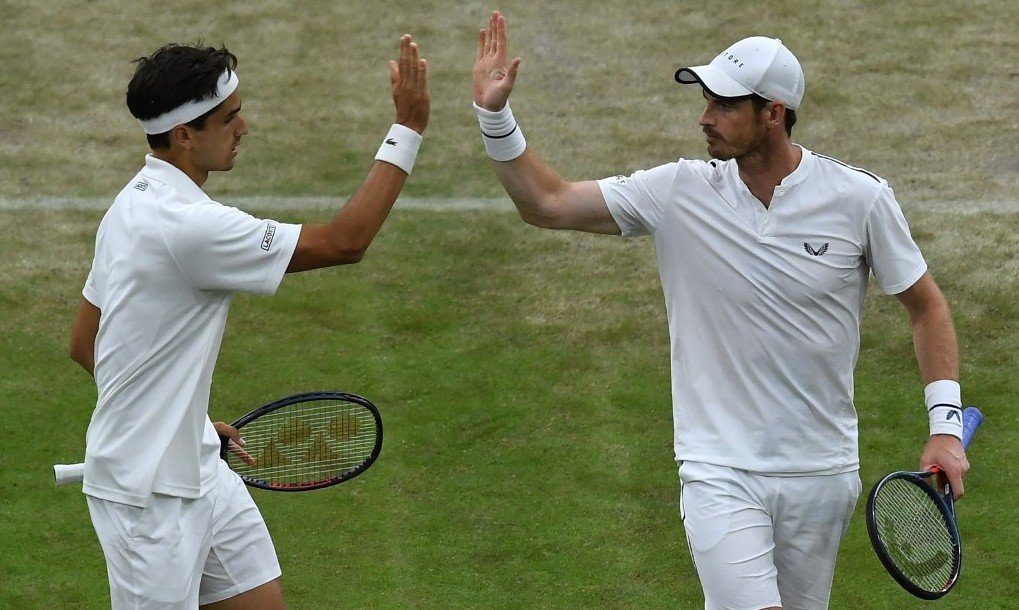 Facebook Twitter Copy URL
Copied
Former world No. 1 Andy Murray admits he has rediscovered the fun in tennis after a 'life-changing' hip surgery

LONDON, United Kingdom – Former world No. 1 Andy Murray made a victorious return to Wimbledon on Thursday, July 4 (Friday, July 5, Philippine time) and admitted he had rediscovered the fun in playing again.

Murray, a two-time Wimbledon singles champion, partnered France’s Pierre-Hugues Herbert to a four-set win in their first round doubles match.

“It’s what I have enjoyed doing since I was a kid. At times over the last few years, I was not getting any enjoyment out of it,” said Murray.

“The fun is back. Hopefully my hip will feel good for a while.”

The 32-year-old Scotsman, who could become the first Wimbledon men’s singles champion since Michael Stich in 1992 to also win the doubles title, returned to tennis only a fortnight ago after what he called life-changing hip surgery.

He and Herbert, who has won all 4 Slam doubles titles, gelled as the match went on and beat Romanian Marius Copil and Frenchman Ugo Humbert 4-6, 6-1, 6-4, 6-0 on Court One.

“It was nice,” said Murray. “I mean I was a little bit nervous at the start (he lost his opening service game) but got better as match went on.

“It was a really nice atmosphere at the end with the new roof closed the crowd make more noise.

Murray, who made a dream return to the sport with a doubles title win at Queen’s alongside Feliciano Lopez, said that having not played with Herbert before it had taken time to click.

“It is tough but as the match went on we got more comfortable and were reading each others games better.

“As it went on we set each other up with great returns and moved well at the net.”

Herbert, who angered his usual partner Nicolas Mahut by opting to play with Murray, smiled when asked what marks he would give Murray for his performance.

“It is tough to give a mark to Andy as he won here in singles and that is much harder than winning in doubles,” said the Frenchman.

“He played well as the match went on and by the end we were much more of a team.”

Murray admitted it was fun to be playing again after it looked at the Australian Open back in January that his career was over.

He said he is virtually pain-free although the muscles that are worked harder in doubles are beginning to make themselves known.

“With my hip nothing. My back gets a bit stiff playing doubles. It’s just quite different movements on the grass.

“You’re kind of in a crouched-over position a lot when you’re up at the net, which is kind of different to what I’ve always trained and been used to playing singles.

“In general, it’s more just like a bit of stiffness, a bit of soreness than pain really. But I won’t have anything in my hip. Why should I? It’s metal. There’s nothing to hurt there any more, which is good.”

Murray will be back on court on Friday night where he will play mixed doubles with Serena Williams.

Murray won a mixed doubles silver medal at the 2012 London Olympics played at the All England Club.

Williams was the 1998 Wimbledon champion in the discipline with Max Mirnyi.

“To share the court with a British icon will be amazing,” said Williams. – Rappler.com