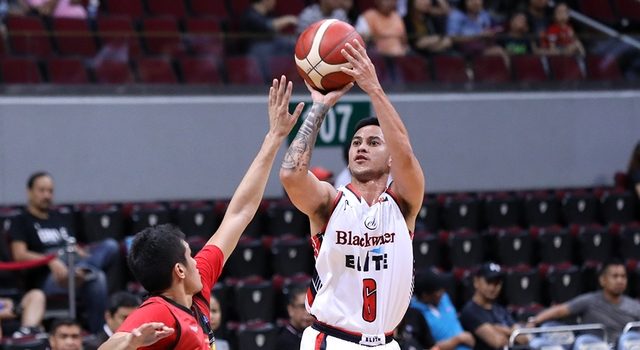 MANILA, Philippines – Roi Sumang could not have picked a better time to play his best game in the PBA Commissioner’s Cup as Blackwater punched its ticket to the playoffs.

The hot-shooting guard fired a team-high 19 points on top of 6 rebounds and 3 assists to power Blackwater to its sixth win in 9 games following a gritty 104-99 overtime victory over Magnolia on Friday, July 5.

All his points came when it mattered most, with Sumang firing 10 points in the 4th quarter before erupting for 9 points in the extra period as the Elite advanced to the quarterfinals of the mid-season conference for the first time in franchise history.

“It feels good. We’re in the playoffs. It’s bonus time,” Sumang said in a mix of Filipino and English with a chuckle.

“I just want to execute the plays because that’s my job. My shots falling is just bonus to me. I guess I just played good.”

Sumang shared Blackwater head coach Aris Dimaunahan played a crucial role in his resurgence by providing sound advice to him.

Being a father to a baby boy also does its wonders to how Sumang sees the game.

“I’m very motivated. We wake up together. My life and my play changed when I had a baby,” he said. – Rappler.com