MANILA, Philippines –  Have you ever imagined the Philippine flag personified?

A group of Japanese artists collaborated for the World Flags project to feature anime Gijinka or personifications of flags around the world, including the Philippines.

Although it is not offiically affliated with the Tokyo 2020 Olympics, the objective of World Flags is to showcase a unique take of the flags around the world leading up to the quadrennial event.

While other countries were imagined to be Japanese samurais, monks and magi, the Philippines is represented by Rizal the Warrior, which is based on the country’s national hero – Jose Rizal. Known as the “Pearl of the Orient,” Rizal’s traditional costume was imagined to be predominantly white with a Japanese armor embellished with red, blue and gold accents.

The sun on the Philippine flag is found on the haidate or the thigh guard, while the 3 stars representing the island groups are printed on the suneate or shin guard of Rizal.

Rizal wields a rifle and a fan adorned with a Philippine flag design.

Here are some of the Gijinkas of other countries: 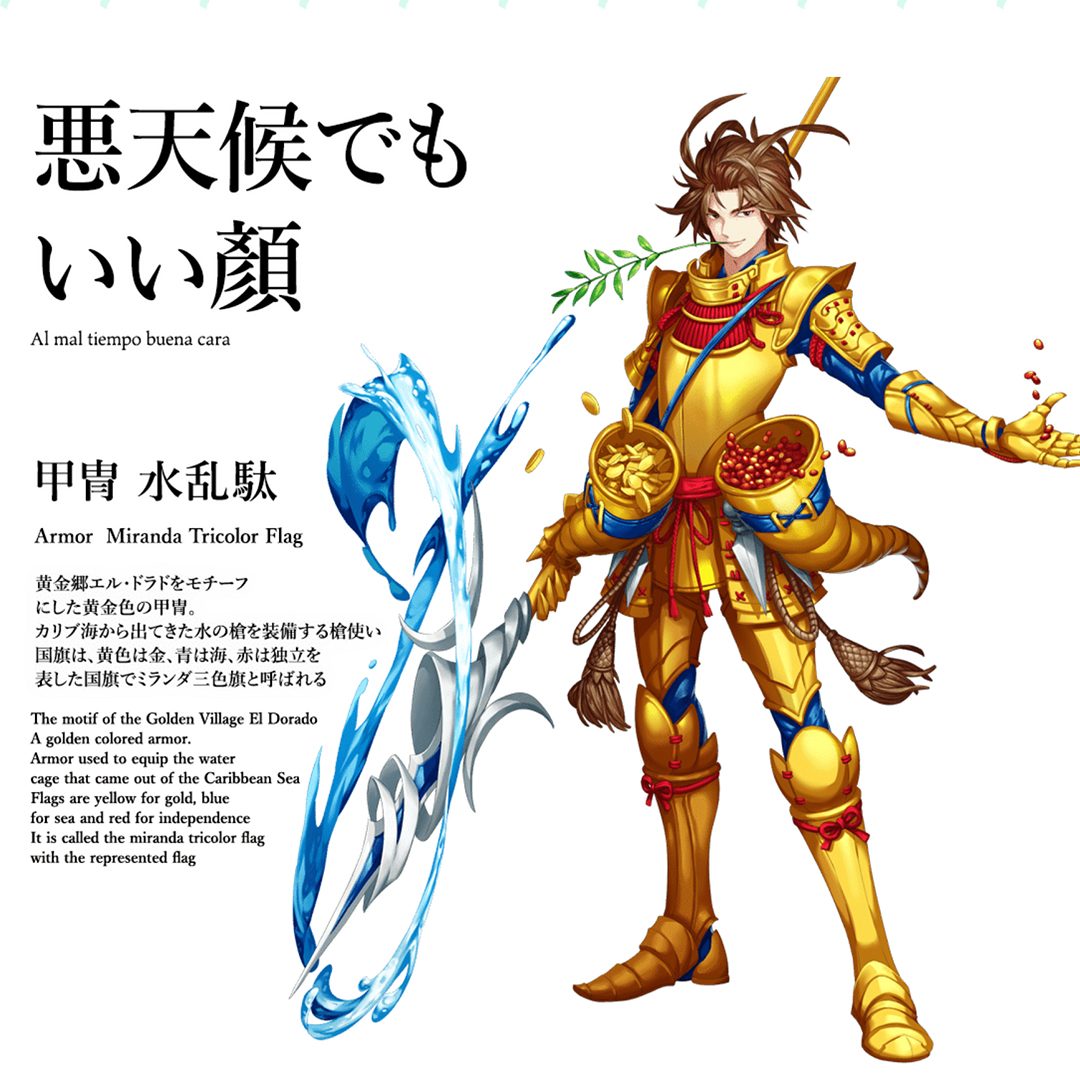