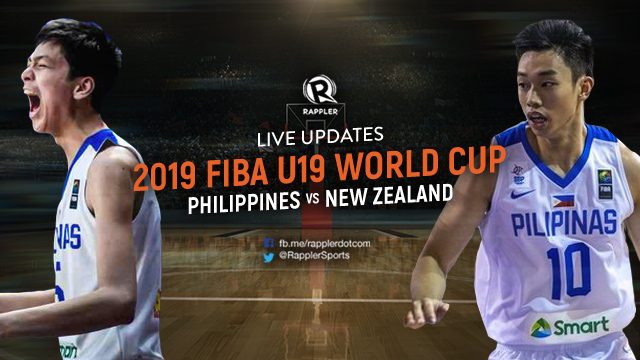 MANILA, Philippines – Gilas Pilipinas Youth yanked a large thorn from its side when it finally scored a breakthrough win at the 2019 FIBA U19 World Cup against Asian neighbor China.

The Sandy Arespacochaga-coached squad looked a far cry from the team that lost 5 straight games prior. Threes were falling left and right from multiple sources, which is what should have happened back when the team was fighting for contention.

Better late than never, however, as someone other than Dave Ildefonso and Kai Sotto showed up in the conquest against China on the penultimate day of the tournament in Heraklion, Greece.

Ildefonso still led with 21 points, his best output of the tournament so far, but he was also backstopped with the sweet shooting of versatile big man Carl Tamayo, who punched in 20 markers on a 3-of-7 shooting from downtown.

San Beda’s Rhayyan Amsali and UP’s James Spencer also came to play and each dropped 11 points in the blowout win.

Although 13th place out of 16 is the highest these Filipino youngsters can get with a win against the Kiwis, getting to the World Cup for the first time in 40 years is already an achievement in itself.

Cliche as it may sound, Filipino basketball can only get better from here.