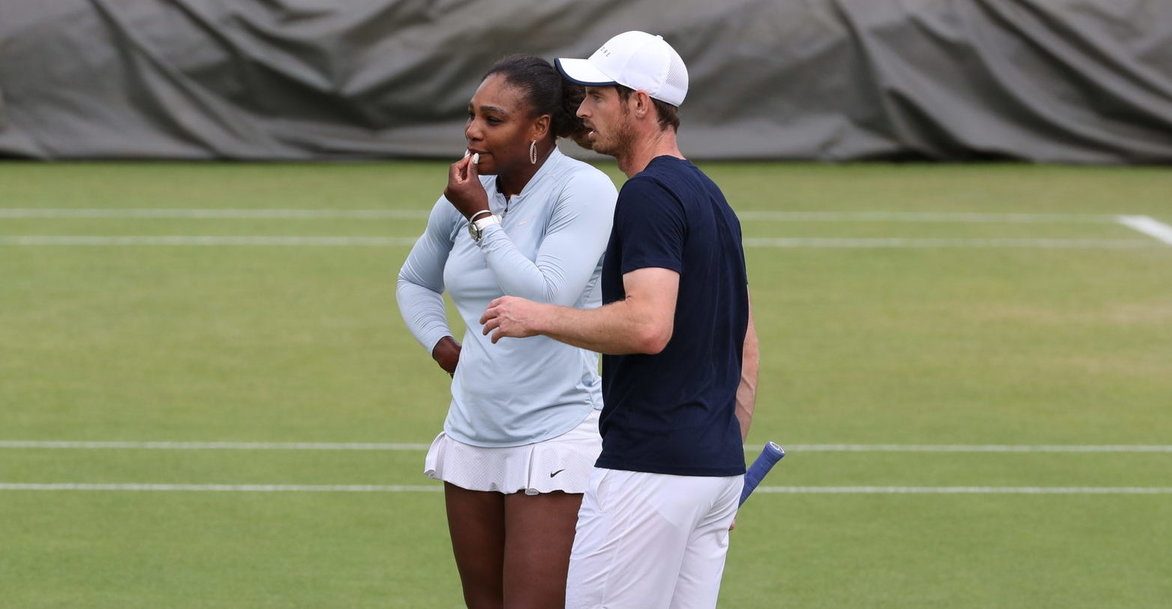 LONDON, United Kingdom – Seven-time champion Serena Williams reached the fourth round at Wimbledon for the 16th time on Saturday, July 6, before joking she feared “performance anxiety” when she teams with Andy Murray in mixed doubles.

The 37-year-old American defeated Germany’s Julia Goerges 6-3, 6-4 and goes on to face Spain’s Carla Suarez Navarro for a place in the quarterfinals.

Before that, however, she will play mixed with Murray later Saturday against Andreas Mies and Alexa Guarachi.

“I feel like I have a little bit of performance anxiety,” said Williams as she prepares to partner the Briton for the first time.

“It’s such a buzz going around about me and Andy now, that I’ve got nervous.

“I wanted to play mixed because I’ve only played just about 15 matches so far this year.”

It was her fifth win in 5 meetings with Goerges and just her second victory over a top 20 player in 2019.

“It’s been an arduous year for me, so every match I’m hoping to improve tons. Every time I get out there, I try,” added Williams.

World No. 1 Ashleigh Barty booked her maiden place in the fourth round after overwhelming British wild card Harriet Dart 6-1, 6-1.

Barty, bidding to become the first Australian Wimbledon women’s champion since Evonne Goolagong Cawley won her second title in 1980, will play unseeded American Alison Riske for a place in the last eight.

She is also the first Australian woman to make the second week since 2010.

“That was really good,” said Barty. “I served really well and getting out of the love 40 game was massive.

Two-time champion Petra Kvitova also reached the last 16 for the first time in 5 years – the last time she did in 2014 she won her second title.

Czech 6th seed Kvitova defeated Poland’s Magda Linette 6-3, 6-2 and will face either Britain’s Johanna Konta or Sloane Stephens of the United States for a place in the quarterfinals.

On the men’s side, Kei Nishikori equalled Ai Sugiyama’s record of 4 appearances in the last 16 of Wimbledon by a Japanese player as he dismissed American journeyman Steve Johnson 6-4, 6-3, 6-2. – Rappler.com